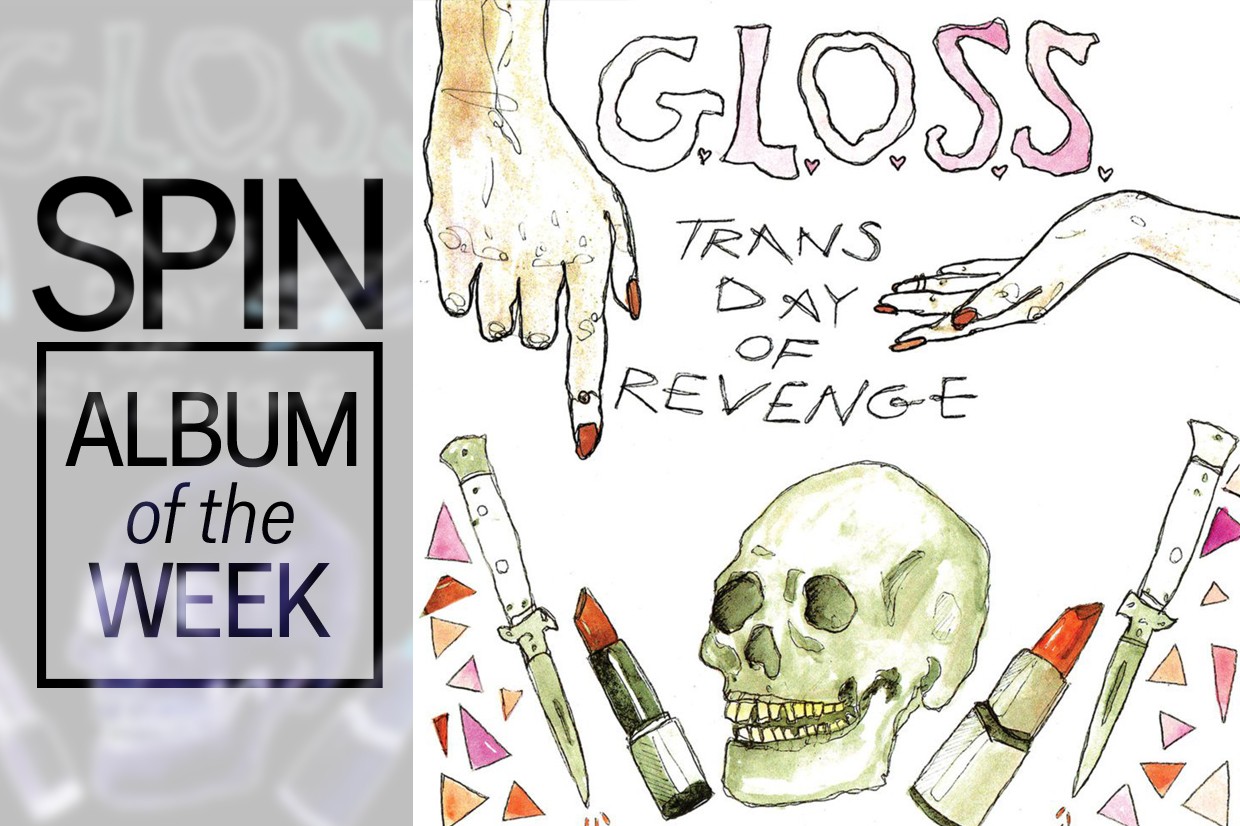 In 2015, at least 23 transgender people were murdered in America. Beyond the struggle for basic human rights — like feeling safe in public restrooms or finding gainful employment devoid of discrimination — many transgender people in this country battle just to survive. As many steps that society takes in the name of progress, time and time again we are reminded that there’s an insufficient number of places for individuals in the LGBT community to safely exist. In response to these continued injustices, Olympia’s G.L.O.S.S. (which, it’s always worth restating, unpacks into Girls Living Outside Society’s Shit) have issued a brutal rejoinder with their second EP, Trans Day of Revenge.

G.L.O.S.S. drew praise for their 2015 demo, a vicious wake-up call that channeled a lifetime of frustrations into an eight-minute kick in the teeth. Alongside contemporaries like Priests, Downtown Boys, and Sheer Mag, the quintet represents a new wave of outspoken punk and hardcore acts, rallying against racial discrimination, rape culture, drone warfare, and patriarchal power structures. In a short time, G.L.O.S.S. singer Sadie Switchblade — who also records excellent Westerbergian punk as Dyke Drama — has emerged as a true punk icon, and the succinct concentration of rage that makes up Trans Day of Revenge adds a slew of unforgettable mottos to her legend, including “Chicks with dicks kill from the heart.” When Switchblade screams, “Battery and abuse will be met with total violence” on “Out From the Desk,” it’s an all-options-exhausted cry that comes at a time when the concept of “world peace” feels like a bill of goods we were sold — when the staid response to a tragedy calls for thoughts and prayers instead of actionable progress.

A blistering statement of aggression that has no time for excuses or appeasements, this bruising seven-minute EP is unabashedly political, calling out Hillary Clinton on the title track along with “yuppie gays” for “throwing us under the bus,” and indicting a corrupt system that crushes the marginalized on the Molotov cocktail that is “Give Violence a Chance.” On “We Live,” Switchblade howls, “We live with trauma locked inside / We fight against the urge to die,” exhibiting pride in simply surviving a toxic culture that seeks to harm transgender people like her. Switchblade’s calls for violence are matched by the unbridled chaos of the music: lightning-charged political hardcore vents that are quite literally about life and death. Other modern aggro-punk crumbles at the prospect of facing their spiked bats and lined lips.

Trans Day of Revenge is a warning shot we don’t deserve, full of determined anger and vital in its breakneck execution. “Not as weak as we seem,” Switchblade yells on the EP’s very last line. On this forceful show of strength, G.L.O.S.S. show the folly in underestimating the resolve of people who fight every day just to stay alive.