Review: Fifth Harmony’s ‘7/27′ Is Sadly Not All That Worth It 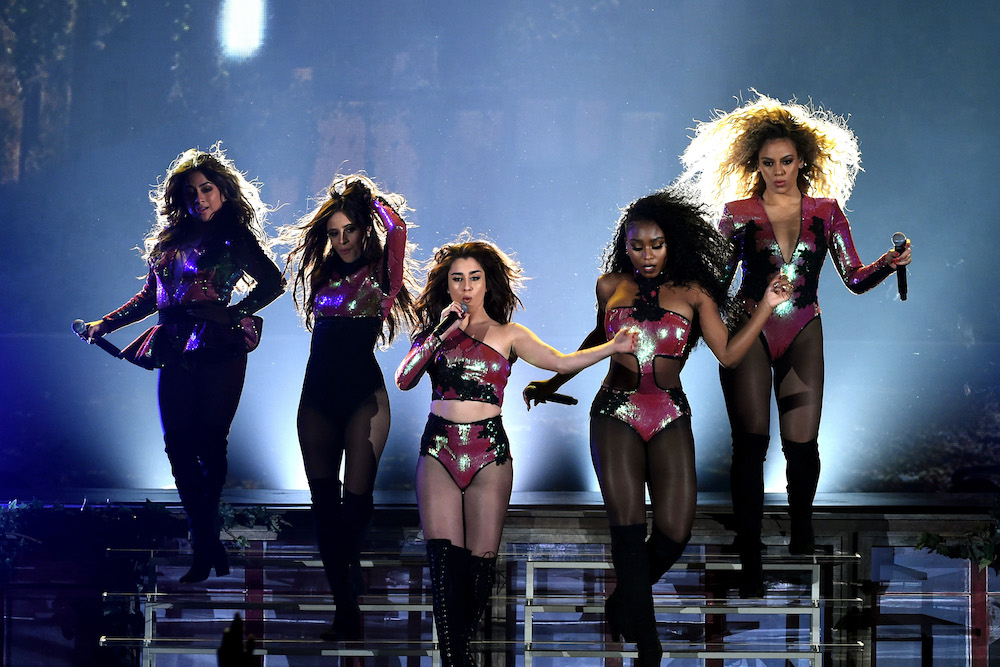 American Idol, The Voice, and The X Factor have 28 seasons of television between them, but they’ve produced commercially successful talent in much smaller numbers. After Danity Kane devolved into fisticuffs, the onetime X Factor contestants in Fifth Harmony rose to become the first girl group to score a top-ten hit (“Work From Home”) since the Pussycat Dolls’ “When I Grow Up” in 2008. The quintet never really claimed they were breaking genre barriers; although not every new artist can come up with a pitch as uniquely signifying as “trap soul,” blandly guaranteeing a “retro feel” isn’t all that promising.

But the shortcomings in innovation were canceled out by the convincing earnestness of their performances and their genuinely addictive hits. Reflection was filled with palatably anti-hater, pro-you jams molded by the chart-friendly spiritual guidance of the Spice Girls and Destiny’s Child, but it was held back by an personality crisis: How much can five women take from song doctors and overarching influences without sounding like a composite of better acts past? Fifth Harmony could be nearing their end with Camila Cabello already tasting solo success and Normani Kordei testing similar waters with a “Say It” cover — not to mention that they haven’t exactly denied in interviews that a breakup is looming. So 7/27 (named after the date the group was Cowell’d together) was the opportunity to nail down a definitive identity. But if it was muddled on the first album, it’s straight-up bifurcated here.

De facto 5H spokeswoman Lauren Jauregui said in an interview last December that the group was shooting for an “R&B vibe.” How many creative chicanes 7/27 took to get to this point is anyone’s guess, but the only song that’s close to that lane is “Work From Home” with Ty Dolla $ign, an adroitly performed, sleekly written melody that arrives just in time to capture the zeitgeist. But the unfortunate latter half of the album finds 5H trying and only half-succeeding to synthesize whatever pop reference they can grasp. With the exception of the Missy Elliott-assisted “Not That Kinda Girl,” which could be spun out of Morris Day and the Time’s idiosyncratic funk, their pop-culture status far eclipses their creative engine on this record.

The small dancehall wave Rihanna’s “Work” opened up gets even more cluttered with the Mad Cobra-interpolating “All in My Head (Flex),” a slow burner featuring staid guitar slaps that barely work up a spark. Fetty Wap, who’s been sounding like more of a semblance of himself than his actual self in recent days, fails to come off here as much more than Default Guest Rapper. A track later, on “Squeeze,” the breathy Dinah-Jane Hansen tries to inject life into a hook that hits the same cadence as “Fly” from mediocre bro-rock legends Sugar Ray, and the effect is similarly weak.

But Fifth Harmony’s talents do get their shine in spots of this front-loaded hodgepodge: Jauregui’s voice control adds a sense of pathos to the pre-chorus build-ups on “That’s My Girl” and “The Life,” and Cabello — whose saccharine voice is the group’s most immediately recognizable — lends urgency to the hooks. Their skills hint at future solo breakout potential, but on 7/27, they manage to give companionship anthems like “That’s My Girl” and “Write on Me” an all-encompassing vitality. But there are still letdowns in a generally strong opening half: “I Lied,” (as in “I said I loved you / But…”) with its relatable frankness and Mary J. Blige interpolation, might’ve been a more legit summer anthem if it didn’t fall back on a feckless dance break for a hook.

Coming in at the midway point, “I Lied” is the point where 7/27 regresses into blandness. It’s tough to remain progressive in mainstream pop; by nature, it’s a genre made for widespread consumption, and risk-taking doesn’t always pay. Perhaps these women will have more leeway to do so when they eventually divide and conquer (remember, D?WN exists). But as a probable swan song to Fifth Harmony the group, 7/27 feels quaint.