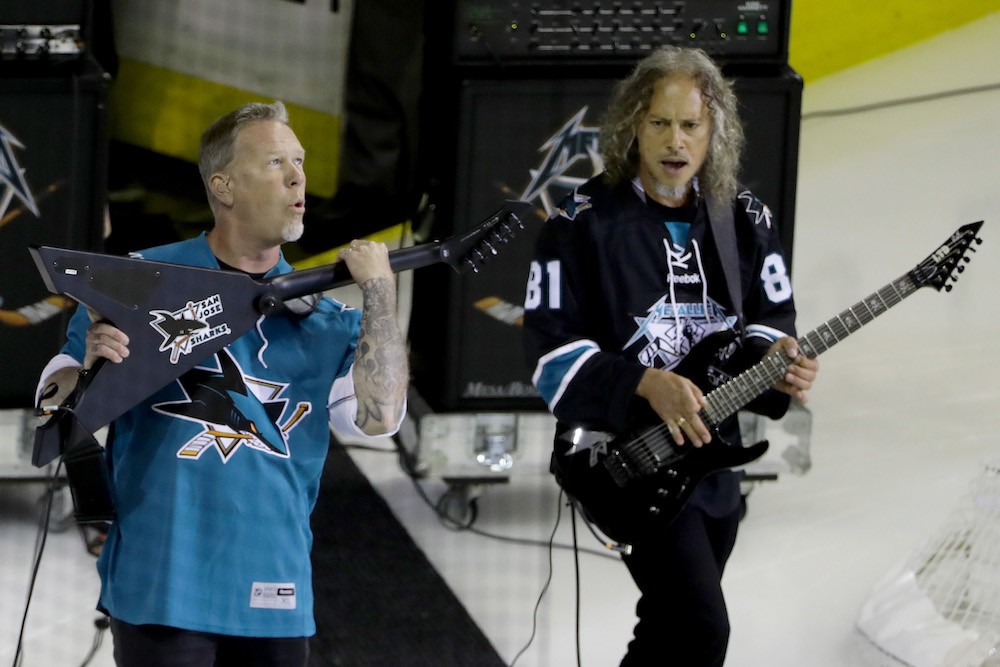 Penguins star Sidney Crosby is probably going to spend the entire series getting crapped on by the Sharks. But even a Canadian like himself can appreciate the rendition of “The Star-Spangled Banner” that Metallica guitarists James Hetfield and Kirk Hammett put on before last night’s Stanley Cup Finals game. The legendary duo really made those distorted notes sing during during their brief performance, and there wasn’t much of a doubt that they earned the consequent standing ovation.

Hetfield and Hammett’s night didn’t quite end their way, though. The two performed in their Shark jerseys to symbolize their support. But the Penguins beat San Jose in spite of the National Anthem and Crosby getting crapped on. The next game is Thursday but the Metallica performance is below.