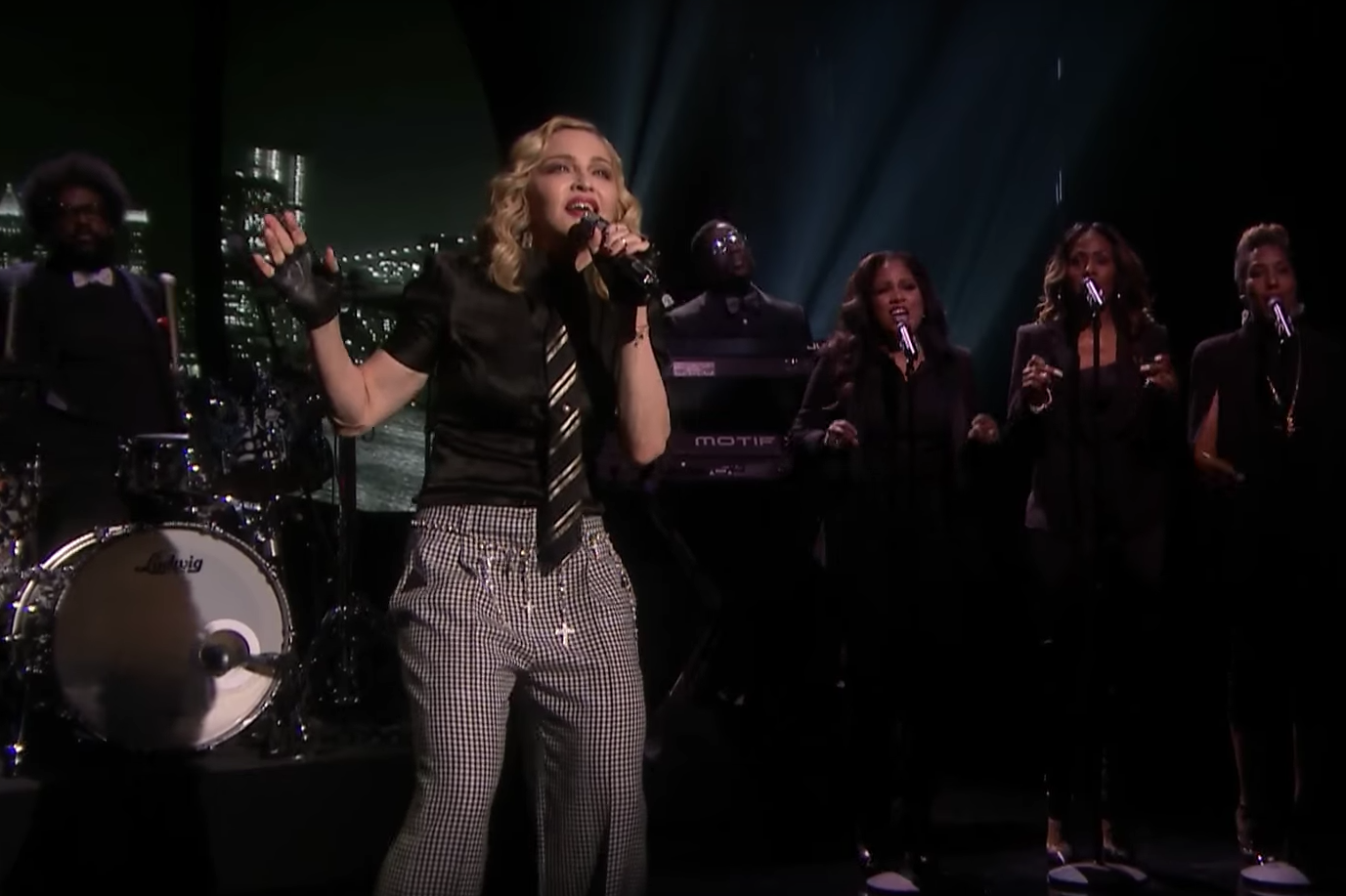 But Madonna’s performance was not the slowest or the most soulful of the night. That honor went to President Barack Obama, who “slow jammed the news” by recapping his accomplishments to the Roots’ accompaniment (and held a steady poker face while Fallon and Black Thought riffed on them).

Watch both clips below.

Madge also scored a selfie with the President: