Once in a ‘Lifetime’: Why ‘Vol. 1′ Remains Jay Z’s Forgotten Masterpiece

Caught in between his street classic and commercial breakthrough, Jay's sophomore album was him at his hungriest 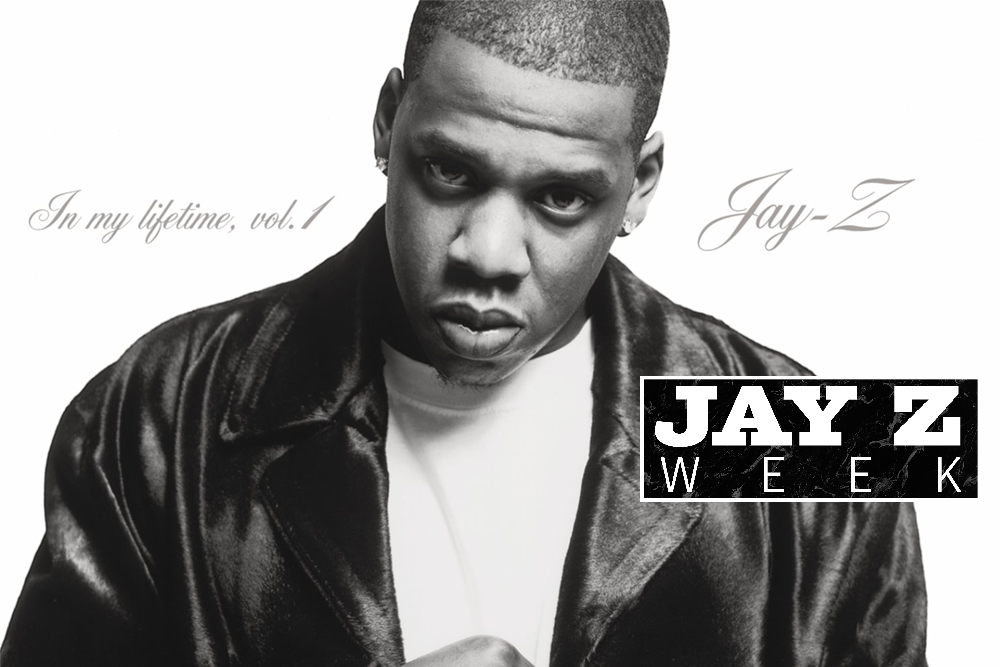 In honor of the recent 20th anniversary of Jay Z’s debut album, Reasonable Doubt, we’re publishing a series of pieces looking at the rapper’s singular career and achievements. Welcome to Jay Z Week.

Throughout his career, Jay Z has prided himself on his ability to stay relevant, sell records, and keep the streets on lock for “seven straight summers.” Coming into prominence at the moment when rap as a genre was beginning to reach theretofore unseen commercial heights, Hov’s hustler mentality and business savvy have proven to be invaluable guiding forces in cementing his position as the most successful rapper of all time. In light of this, 1997’s In My Lifetime, Vol. 1 occupies a curious position in the Jay Z discography.

Situated between his breakthrough album, 1998’s Vol. 2… Hard Knock Life — which boasts such radio smashes as “Hard Knock Life,” “Nigga What, Nigga Who (Originator ’99),” and “Can I Get A…,” and helped solidify Jigga’s coveted position as the King of New York — and 1996’s bona fide “hood classic” debut album, Reasonable Doubt — which many purists insist is Jay’s greatest album — Vol. 1 is largely undervalued, almost forgotten (Jay Z himself ranks it as his seventh best album). At this point, it’s likely known more for random lines which have been sampled in other contexts (e.g., “Who’s the best MCs, Biggie, Jay Z, and Nas” from “Where I’m From”; “Motherf**kers” can’t rhyme no more, about crime no more” from “Intro”) than for any of its singles.

The Jay Z of Vol. 1 also occupies a curious position within the evolution of the Hov persona. Here, Jay is trying desperately to find his footing, aiming for the sweet spot between RD’s street-kingpin persona and his grander pop-star aspirations. In this sense, Vol. 1 is a failure — he never quite strikes the balance between the two sides — but it is a magnificent failure, and the most complex, revealing album in Jigga’s oeuvre.

It’s important to remember that while the Jay Z of Reasonable Doubt is now heralded as one of the greatest-ever mafioso rappers, at the time he was little-known outside of New York rap circles. What revisionist history makes people forget is that Doubt was not a big seller (it peaked at No. 23 on the Billboard album charts, and was only certified platinum six years after its release), and while Jay was known within East Coast rap and media circles, he didn’t have anywhere near the national profile he’d have a half-decade later. “Ain’t No Nigga,” a Nutty Professor soundtrack contribution and the biggest single from RD, had a larger impact on Foxy Brown’s career than Hov’s. In fact, for the casual rap listener, Jay Z was better known for his guest appearances on tracks by Foxy (“I’ll Be,” Jay’s first Billboard top-ten hit), Lil’ Kim (“Big Momma Thang”), and the Notorious B.IG. (“I Love the Dough”), than any of his own minor chart victories.

Biggie’s death in March of ’97 left a vacuum in New York hip-hop, with a number of artists clamoring for the throne. Hard as it may be to believe given the trajectory of their careers in the 20 years since, but Nas, Ma$e, and Method Man all had more legitimate claims to the crown than Jay Z did at that point, with more popular videos, greater album sales, and bigger smash singles. In the wake of Biggie’s murder and the success of “Ain’t No Nigga,” Hov signed a distribution deal with Def Jam for his imprint Roc-a-Fella Records, and In My Lifetime was his first release under this new deal, his bid for five-boroughs supremacy and all that came with it. Ultimately, Vol. 1. received a tepid critical response and failed to achieve the sales Hov had hoped for: Much like RD, it wasn’t certified platinum until well after its initial release.

Musically, Hov broke from the gritty, hardcore sound and cerebral lyricism of Doubt with Vol. 1, enlisting Puff Daddy’s production team, the Hitmen, to craft a pop-leaning masterpiece-of-the-moment. While some of the same producers from his debut appear here (Ski, DJ Premier, Jaz), on the whole the beats are glitzier and smoother than his first LP, more Miami Vice than Superfly. The record’s first single, “Who You Wit” — which has a Player’s Ball-themed music video — features a polished sound, in line with the “jiggy rap” trend of the era, spearheaded by Puffy, Ma$e, and the Trackmasters. Hov’s lyrical style is much more playful and boastful here, less about asserting his hustler resumé than basking in the riches of his success (“Lose it when dudes think it’s just music / Lean on ‘em, flash green on ‘em, and diamond rings on ‘em”).

“Who You Wit” was followed by “(Always Be My) Sunshine — the song that Jay Z himself credits with destroying the album’s blockbuster prospects (“Sunshine kills this album…f**k”), as the Fearless Four-sampling track was deemed too pop and alienated his core fanbase. The single tapped out at No. 84 on the Hot 100, but its back-and-forth with Foxy Brown — where the two finish each others’ lines and are in verse-to-verse conversation — echoes later Jigga classics like “Can I Get A…” and “Do It Again,” and even 2011’s full-length mic-swap with Kanye West, Watch the Throne.

The third single, “The City Is Mine” operates as a mission statement for the album, and sees Hov (prematurely) donning his NYC crown for the first time, a posture that would become another of his default poses on later albums. In retrospect, the shiny-suit sonics of Vol. 1′s three promo tracks appear to fit in the same closet as the biggest hits of the Jiggy Era, yet for some reason, in 1997, they failed to connect with audiences in the same way that the behemoths from Puffy’s Bad Boy empire did.

But outside of the (poorly) charting singles, Vol. 1 is full of tracks that could have been major hits, and have since become classic deep cuts. “Where I’m From,” a menacing paean to the Marcy Projects in Brooklyn where Shawn Carter grew up, combines the detached grit and detailed storytelling of his debut with a greater precision for songcraft. Here, the interplay between beat, lyrics, and flow is on a completely different level than even the airtight rhymes of Reasonable Doubt, striking a scale-weighted balance between pathos and wit (“Where we call the cops ‘the A-Team’ / ‘Cause they hop out of vans and spray things / Where life expectancy is so low that we making our wills at 18”).

On “Imaginary Player,” Hov displays the braggadocious, dexterous wordplay (“And now you got these young cats acting like they slung caps / All in they dumb raps, talking about how they funds stack”), and mellifluous flow that would eventually become his signature circa The Blueprint, over a relentlessly smooth Rene & Angela sample. Even the album’s lesser-known tracks — take “Face Off” with Sauce Money, in which the two MCs trade bars over a disco-inflected “Soul Makossa” break, or “Friend or Foe ’98,” a spiritual follow-up to Doubt’s “Friend or Foe,” whose sonic grandiosity starkly demonstrates the differences in ambition and budget between the two LPs — hold up next to Jigga’s best. There’s a palpable craving in these songs; we can hear Jay trying to maneuver his way to the top of the game.

The revisionist history which frames Jay Z’s pre-Hard Knock Life career — placing Doubt as an instant classic and In My Lifetime as the “sophomore slump” — is unfairly reductive to Vol. 1, an album where Jay, ever the shrewd businessman, was attempting to find his footing in the mainstream and cement his place as rap’s new monarch.

For an artist who misses as rarely as Hov, moments when he doesn’t quite connect achieve a rare poignancy. Vol. 1’s inability to turn its maker into a superstar should not be seen as a musical failure: The album represents the best of both worlds, a Jay Z stuck between the street and the penthouse, the rap game and the crack game. He hadn’t quite perfected his sound or persona yet, but the hunger for success that would later come so easy to him showed Jay in the fascinating formative stages of his Gatsby-esque transformation: an underdog learning be a frontrunner, faking it until he invariably made it.