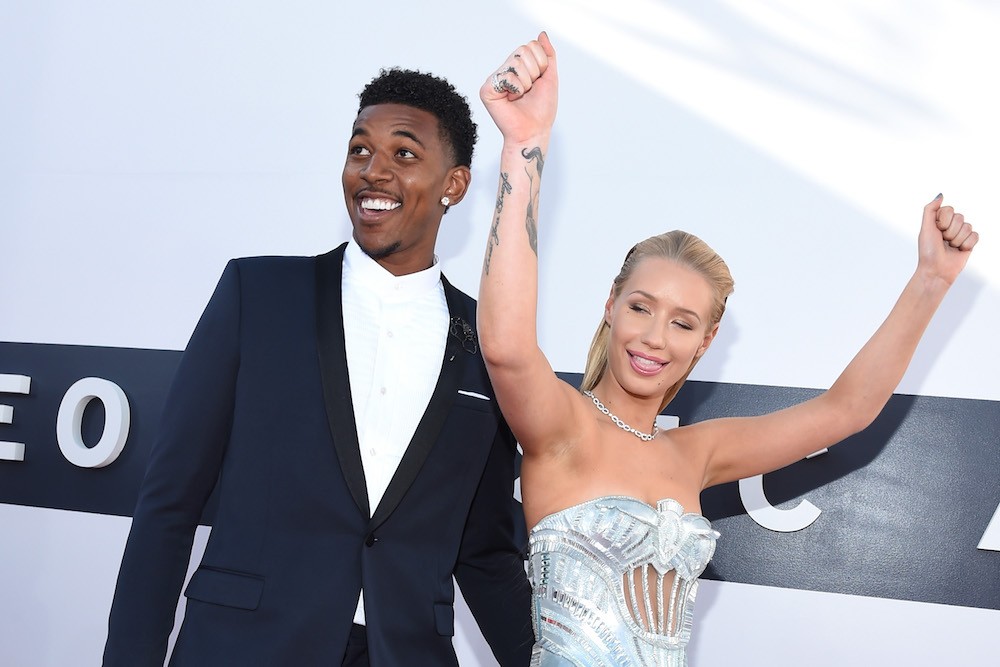 Iggy Azalea will be promoting her upcoming album Digital Distortion as a single woman. Last weekend, the “Fancy” singer ended her engagement with Los Angeles Lakers guard Nick Young. She’s wasted no time evicting him after being together with him for almost three years.

In the fallout, Azalea had the 1962 Chevy Impala she gave him for Christmas in 2014 taken out of their house on a flatbed truck, according to TMZ. Where that truck is taking the Impala is a mystery. What isn’t a mystery is where Azalea left some of his other belongings: She reportedly threw them out of her second-floor window.

Azalea and Young’s union became a hot issue in back in March when rookie teammate D’Angelo Russell Snapchatted the guard talking about hooking up with a 19-year-old woman. Despite the embarrassment, the relationship still endured until Azalea found herself unable to trust him. Now Young is single and without an Impala. Azalea spoke up about the breakup in an Instagram statement, which you can view below.