With the team's GM and Jimmy Chamberlin of the Smashing Pumpkins 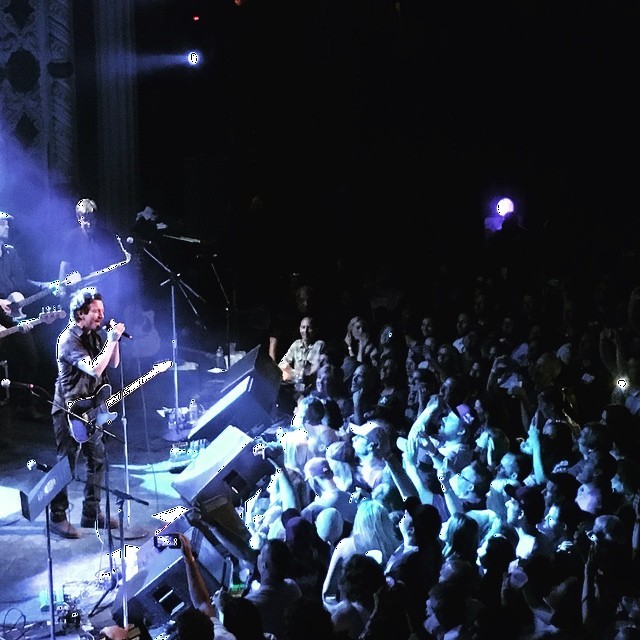 The list of places Pearl Jam frontman Eddie Vedder is likely to show up unannounced keeps getting longer, and we can now add “professional baseball benefit concerts” to a list that already includes high schools, Twin Peaks, and somebody’s backyard with the Who. Chicago Cubs general manager Theo Epstein operates a foundation called Foundation to Be Named Later, which hosted a fundraising event called Hot Stove Cool Music on Friday. Vedder wasn’t on the lineup this time (he headlined last year), but he popped up to perform songs including “Better Man,” “Watch Outside,” and “Corduroy.”

Vedder, a native of nearby Evanston, Illinois, is such a stalwart Cubs fan that he wrote his own fight song, which he also performed on Friday. See fan-shot footage of Vedder’s latest performance, a set list, and a news segment on the event from Chicago’s WGN-TV below.