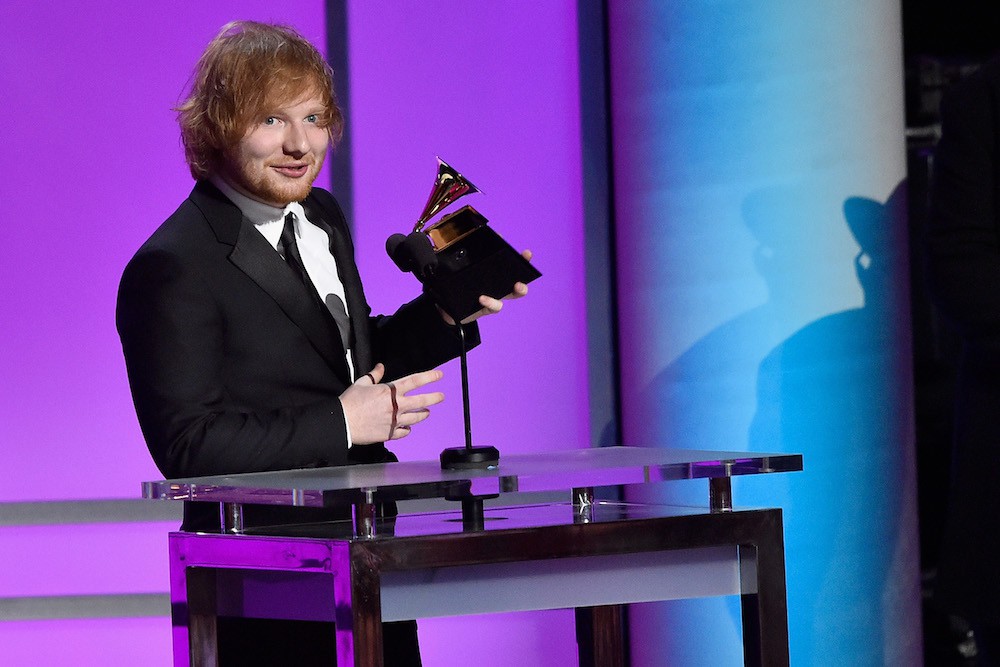 Pop singer-songwriter Ed Sheeran is now the target of a pretty bitter, potentially expensive lawsuit, according to The Hollywood Reporter. Songwriters Martin Harrington and Thomas Leonard are suing Sheeran for $20 million, alleging that the British singer’s 2015 hit “Photograph” stole from their 2009 song “Amazing.” The allegedly stolen song is performed by Matt Cardle, the winner of the The X Factor’s 2010 season.

What should make Sheeran’s defense team sweat is that Harrington and Leonard are represented by Richard Busch, who’s known recently as Marvin Gaye’s family attorney in last year’s “Blurred Lines” case. In 2015, a jury unanimously held Robin Thicke and Pharrell liable for $7.4 million in copyright infringement damage because of the song’s parallels to “Got to Give It Up.” Thicke’s career has not yet recovered.

“My clients are professional songwriters,” Busch said. “Their work is their life, and I am honored that they have trusted me with this very important case.”

The lawsuit claims that the two songs contain 39 identical notes “in pitch, rhythmic duration and placement in the measure.” Give “Photograph” and “Amazing” a comparison below.