Do not vote for him, the Rage Against the Machine musician says 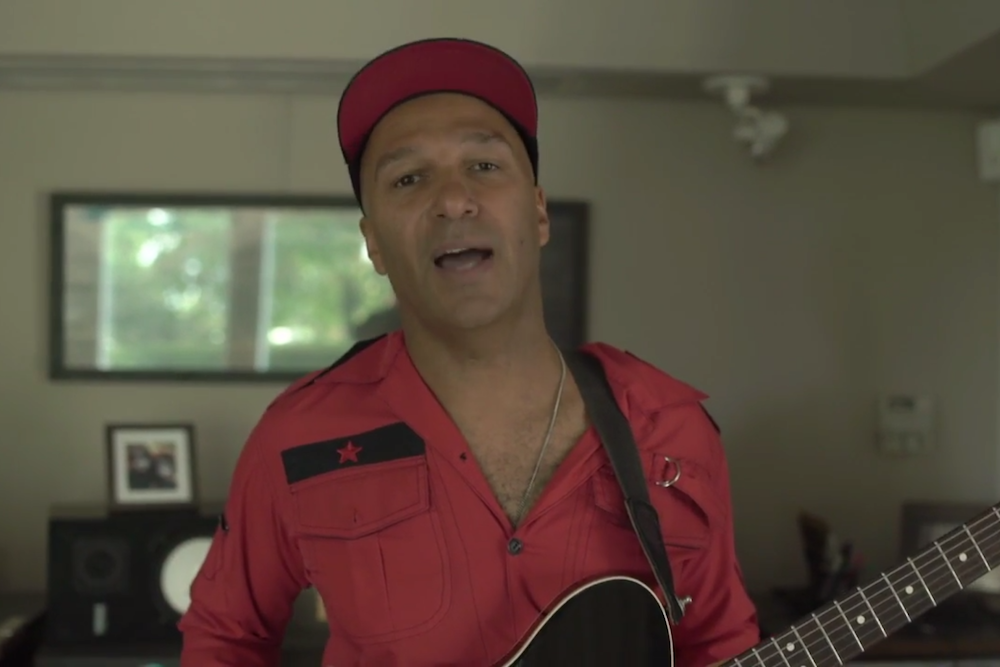 “Old Man Trump” was originally written in response to Fred Trump’s racist rent policies. Guthrie witnessed these methods first-hand when he signed a two-year tenancy into one of Fred’s buildings. A recording of “Old Man Trump” was never released, but one was recently unearthed by University of Lancashire professor Will Kaufman during a visit to Oklahoma’s Woody Guthrie Archives.

Per a press release, “the track was done with the approval of Woody Guthrie Publications, and proceeds go to CK Team Relief and the Baltimore Right to Housing Alliance.”

Morello and Prophets of Rage will be touring throughout this year’s election cycle. They kick off their nationwide trek on July 19. Watch Morello’s video and listen to Harvey’s “Old Man Trump” below.