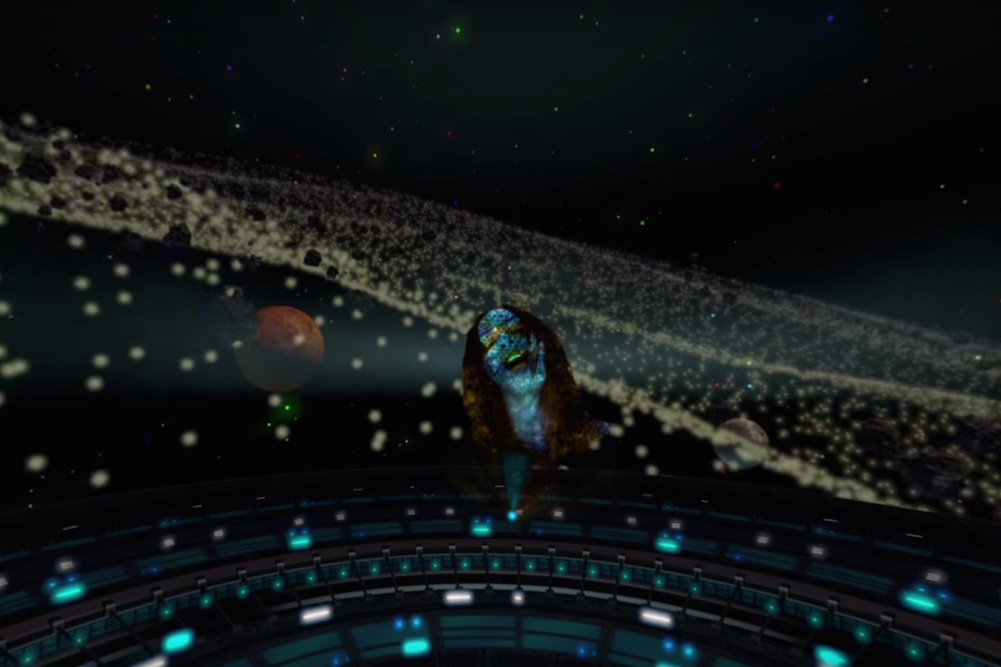 Futuristic pop star Dawn Richard — who performs under D?WN these days, of course — has just released a virtual reality music video for her 2016 single “Not Above That.” Per a press release:

The “Not Above That” video transports viewers through a universe of vortexes, wormholes, exploding planets, asteroid fields and a stunning universe, back to a holographic D?WN singing in front of the spaceship’s dashboard, where she eventually joins in with the other dancers for an intergalactic performance. D?WN teamed up with directors DJ Turner and Monty Marsh to execute her vision, long time production partner Guerilla Filmworx for creative development & 2D production and the esteemed VR Playhouse for all of the effects.

Watched on a desktop computer, the experience is certainly beautiful — if limited — but VR players open up the video’s full breadth quite well. Dig into D?WN’s virtual vision below and look for her new album RED*emp*tion this fall.