They performed "Dorks" off 'The Impossible Kid' 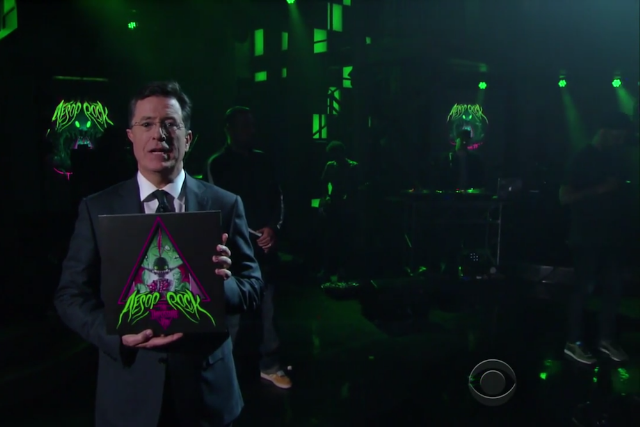 Aesop Rock has been rapping professionally for about 20 years, known as an acclaimed lyricist for a majority of them. But his appearance on last night’s episode of The Late Show with Stephen Colbert marked his first-ever network television performance. Rock at least did it with style, performing The Impossible Kid’s “Dorks” with the ever-reliable band Yo La Tengo. Watch it below.