Aesop Rock Is a Stay-at-Home Puppet in ‘Kirby’ Video 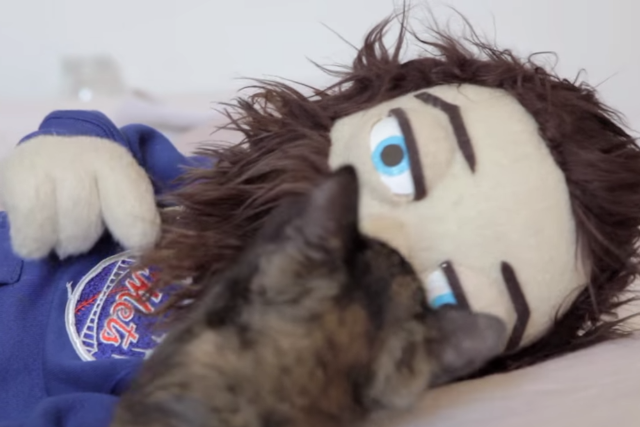 Aesop Rock is a lyrically dense rhymer of multiple idiosyncrasies. One of them is the ability to make a decent ode to his cat. Today that song, “Kirby,” a track of The Impossible Kid, gets its own small-scale video.

A puppet version of Rock lounges around with a cat. It’s not the eponymous cat but a cat named Dina, “who was rescued from the streets of downtown Los Angeles, and has since been adopted and found a forever home,” according to the video’s description.

Give “Kirby” a watch below.