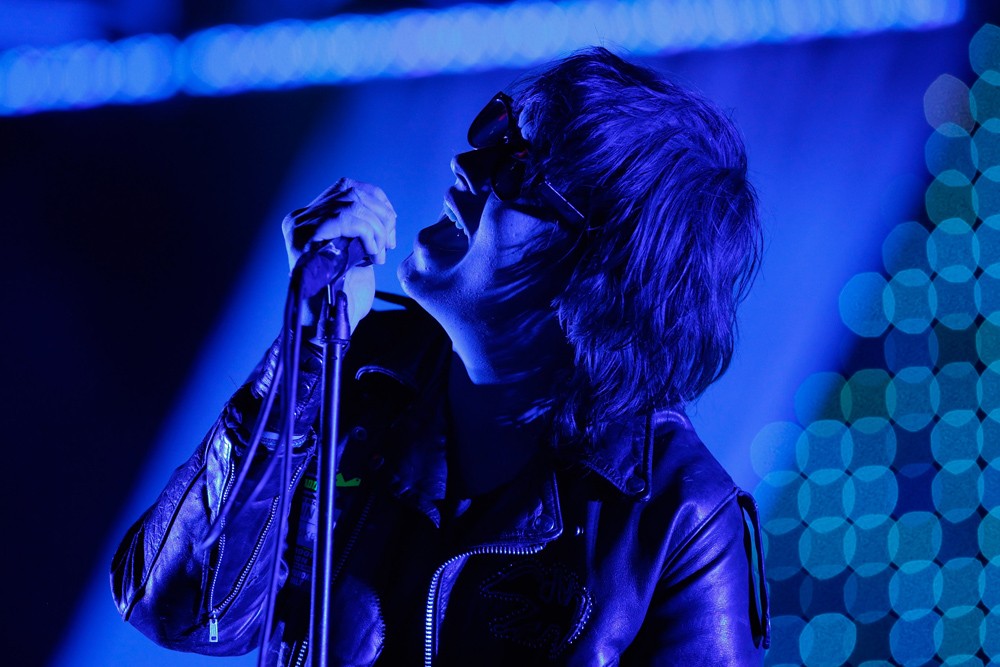 Update: Here’s the third new song by the Strokes today, “Threat Of Joy.”

Update: The Strokes have released a second new song. Hear “Drag Queen” below.

During his new Sirius XM show this morning, Julian Casablancas confirmed that he’ll premiere a new single from the Strokes later this morning. The track is called “OBLIVIUS,” and the frontman confirmed that it will appear on a new three-song EP (due June 3) from the band called Future Present Past — also featuring “Drag Queen” and “Threat of Joy.”

The Strokes’ last full-length album was 2013’s Comedown Machine. They’ll play the Capitol Theatre in Port Chester, New York next week a as a warmup to their upcoming Governors Ball headlining slot. Billboards in support of the band’s return starting springing up last night in New York City and London.