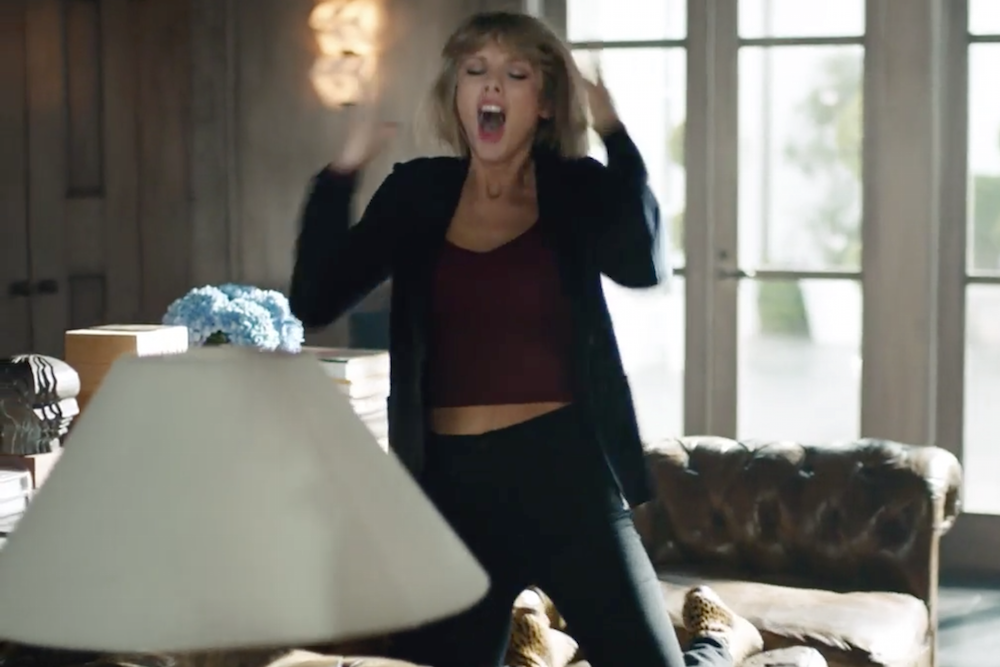 We’ve seen Taylor Swift rap (and fall) along to Drake and Future’s 2015 single “Jumpman” for an Apple Music commercial. We’ve seen her rock out with her frock out to Jimmy Eat World’s “The Middle” for an Apple Music commercial. We’e also, in fairness, seen her pen an open letter to the streaming service in hopes that Apple would open a dialogue about fairness for artists, but those times have certainly changed.

Today, the 1989 singer throws it back to a simpler time: It’s 2003, and glam-rock is still en vogue enough to build a hit out of the Darkness’ then-ubiquitous “I Believe in a Thing Called Love.” This morning, Swift released a new Apple Music ad in which she lip synchs for her life to said Darkness single as she hurls her body across a living room in as dramatic a fashion as she sees fit. It’s below.