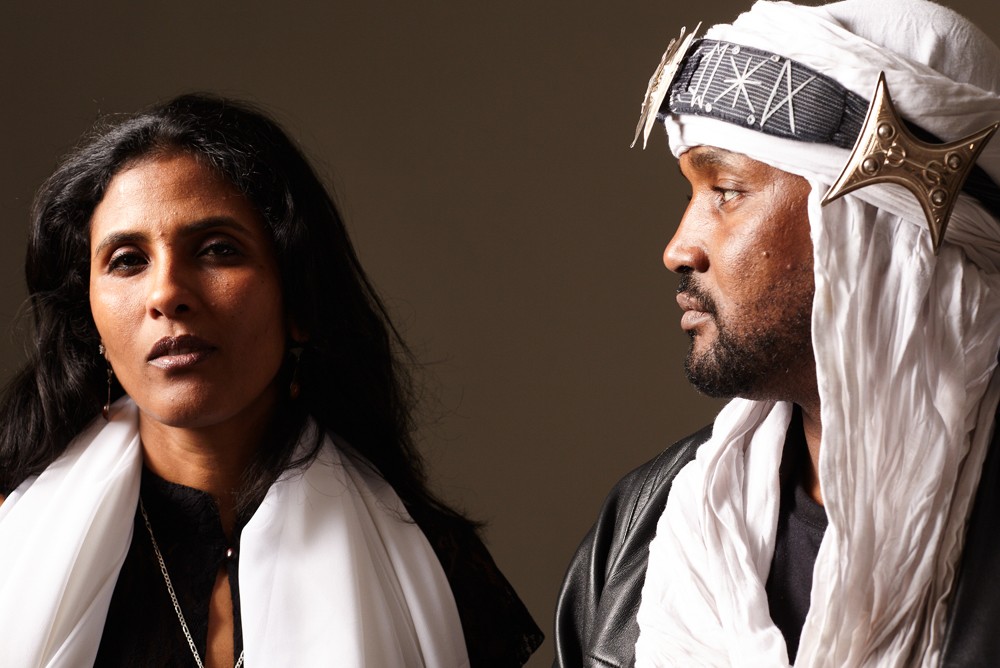 In these end times for music labels and record stores, the crate-digging claque apparently has yet to receive the memo. Collectors, unite — below, find four high-quality vault dives from decades past, from 2007 (Eritrean cassette release) to 1959 (Moroccan field recordings). Those seeking proof of life circa 2016 have new border-hopping releases to savor from Brazil, North Africa, Ethiopia via Lyon, and Turkey by way of Cologne.

Various Artists, Music of Morocco, From the Library of Congress (Dust to Digital)
Paul Bowles was a twentysomething American composer when he started collecting local 78s in 1930s Tangier, a full decade before refashioning himself as expat novelist via The Sheltering Sky. Ten years later, armed with both Rockefeller grant and a heavy Ampex tape recorder, he set out into the Moroccan back-country to capture endangered folk traditions for the Library of Congress. While the eventual 1972 LP release enjoyed only a limited pressing, Dust to Digital has reissued and expanded this work of amateur scholarship and treasure trove of mid-century performance.

Within these four discs run both the rich veins of Morocco’s pan-Arabic musical life (sword dances, secular Sephardic recitals, and the high art of the Andaluz) and the Bowles-preferred Berber culture of the region’s highlands. Droning riffs, mesmerizing reeds, restrained gbari with gogo string accompaniment, and richly variegated percussive devices offer backdrops for vocal performances of astonishing intensity. The Master Musicians of Jajouka would soon carry on the tradition while acknowledging the modernity Bowles so feared. This here’s the source.

Kel Assouf, Tikounen (Igloo)
Enthusiasts routinely oversell the “blues” angle of Saharan Africa’s “desert blues,” undercutting the role of Tuareg indigenous melodies and takamba celebrations in a quest to spread the good news. But that doesn’t mean the guitar/percussion collectives barreling out from Niger and Mali aren’t made up of electrified gearheads and rock fans — it just means it’s a little complicated. Sort of like this band’s second album, an Afro/Euro stoner-drone hybrid that’s easily one of the grungiest Tuareg releases of the season.

As lead singer, Nigerien refugee and periodic Tinariwen band member Anana Harouna is one helluva guitarist, which makes the presence of Agadez-based female vocalist Toulou Kiki all the more delectable. A Brussels rhythm section and Tunisian keyboardist round out the lineup. And Harouna’s majestic riffs do lurch and creep. Guitars aren’t dead, they just live in North Africa right now.

Various Artists, Can’t You Hear Me? 70’s African Nuggets & Garage Rock from Nigeria, Zambia, and Zimbabwe (Now-Again)
Afro-rock remains a slightly dubious genre, especially when up against the glory that is Afropop and the post-JB rhythmic treasure trove that was (OK, is) Afro-funk. But that doesn’t mean it wasn’t a thing, even if 13 of these 17 fuzzboxed cuts were recorded in Zambia, home of Zamrock. The folks at Now-Again play up the Lenny Kaye/Nuggets angle as best they can, but there’s very little in the way of Count Five-style garage rock here, as befits the mostly mid-’70s studio dates.

So the idea here is for the (male) composer to re-interpret those same female-identified songs, over 27 calm minutes and with nary a hint of machismo. The setting is stark: one close-miked acoustic guitar, a wooden stool, and the warm flush of Rômulo’s voice. Adepts may find hints of vintage Toquinho, Nelson Caraquinho, Chico Buarque. Newcomers may simply submit to “Cominho,” 83 seconds of tropical melancholy.

Elektro Hafiz, Elektro Hafiz (Guerssen)
Anatolian freakbeat lagged only slightly behind the psychedelic Eurozone, peaking in the mid-’70s as Turkish pop stars and avant-folk stylists alike slopped fuzz guitar and amplified saz atop rock rhythms. Reissue labels like Bouzouki Joe and Finders Keepers have adequately dug up the era’s notables (the former’s two-volume 2010 Turkish Freakout set remaining the one to beat), but the acid trip continues.

Ukandanz, Awo (Buda Musique)
“Ethiopian Crunch Music,” it says here, even though lead vocalist Asnake Guebreyes left Addis Ababa for Europe years ago and the rest of the band hails from Lyon. But they do indeed crunch, thanks to a scruffy electric guitar/sax/bass/drums front line that has fun jostling between intricate time signatures and never skimps on power-chord thrust.

Credit guitarist Damien Cluzel for the blooze-metal vibe. Give saxophonist Lionel Martin his due as the avant-R&B honker who’ll periodically stick you in Fun House’s side two. As for Guebreyes, he tirelessly bellows, wails, pleads, and keens over his rhythm section’s post-punk bass lines and aggro drums, pausing for a breather only on the relatively subdued Ethio-jazz number “Gela Gela,” in which the headbangers pay their respects to Mulatu Astatke.

Awalom Gebremariam, Desdes (Awesome Tapes from Africa)
On his way to an Ethiopian refugee camp in 2007, this Eritrean singer/performer cut his first and only recording in the capitol city of Asmara, ten tracks of minute variations upon a single drum machine rhythm and Bahlawi melodies. The Tigrinya-language cassette didn’t move many copies before Gebremariam fled his homeland, but several years later somebody filming a cycling documentary came across the tape, forwarded it to friend and reissue-label head Brian Shimkovitz, and here we are.

SPIN Noise Report: Boris and Merzbow Throw Up in Our Mouths