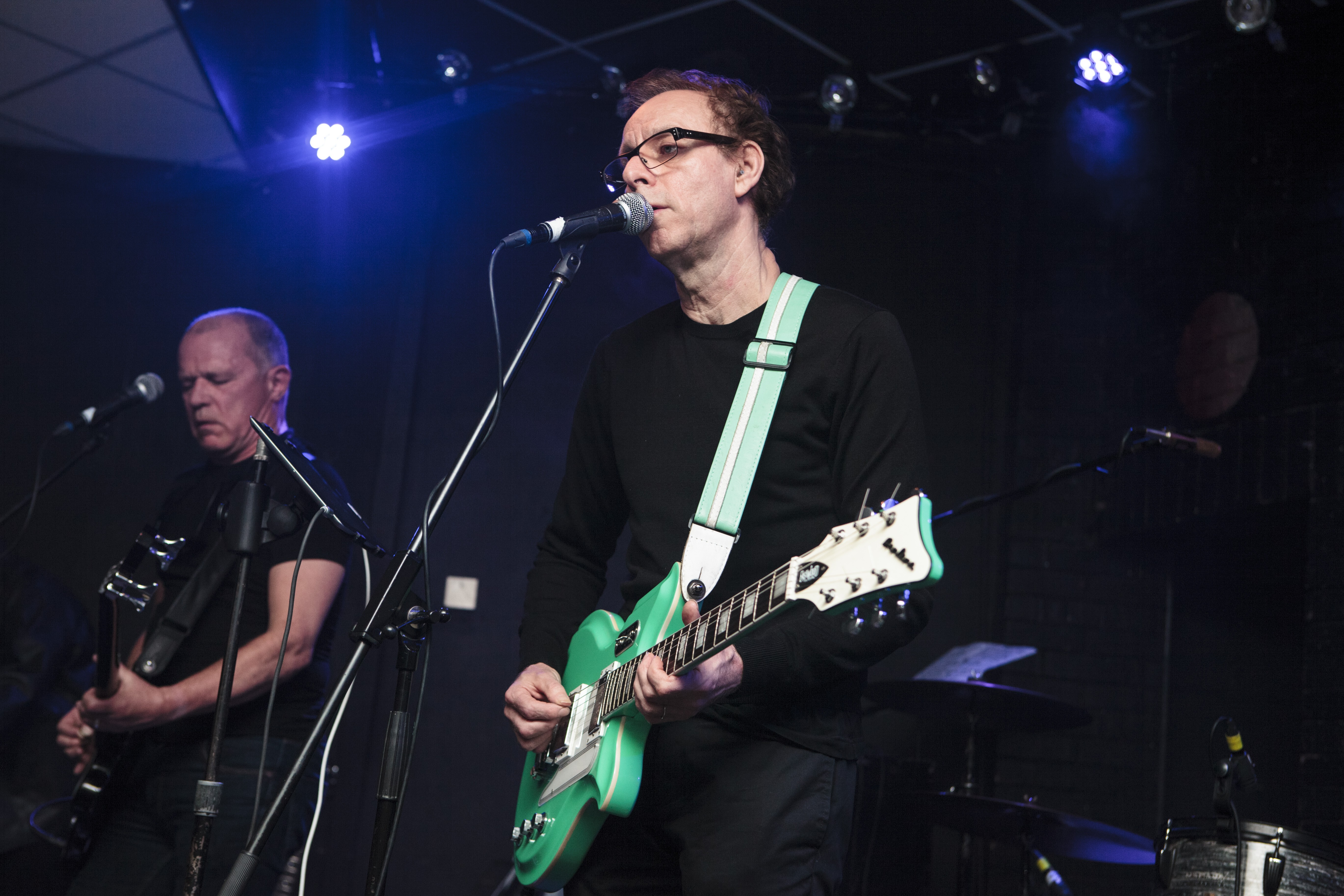 Warmth is not a word typically associated with Wire, a band so committed to emotional distance that they hired an opening band to play the “hits” on their first U.S. tour in 1987 — functionally, all of 1977’s reluctant-punk landmark Pink Flag — to ensure the fans got what they wanted and that they themselves didn’t have to give it to them. Like hiring a punk nanny or something, lest the adults be bothered. And Nocturnal Koreans ain’t a title that instills confidence from white people with guitars. (A moment of silence for “God Is an Indian and You’re an Asshole,” Viet Cong, and “This Is My First Day and I’m Indian and I Work at a Gas Station.”) But it’s for the best that the band is this reticent.

Say that Wire’s a glacier and 40 years on from Pink Flag they’ve only just begun to melt, with the occasional droplet like “You think I’m a number / Still willing to rhumba” which calls back to their catchiest tune. We listen to Wire for their blocky textures and tensile crunch, preferring to enjoy the Situationist overtones in goofier ways, like threatening to release a six-EP series and reneging on it, or circumcising their name into Wir after Robert Gotobed left the kit behind.

But Nocturnal Koreans, the band’s 15th album, forgoes power for stillness, and manages the unprecedented: It’s the best thing they’ve done in 14 years. If 1979’s ballyhooed 154 was more interested in rippling grooves than trying to outwit the oncoming new-wave scene, it would’ve come closer to a swinging, almost Raphael Saadiq-esque march like this record’s “Internal Exile,” or a stomping “Kidney Bingos” fulfillment like “Dead Weight” that hovers between corporeal guitar and ethereal synths. “Numbered” brings the distortion to break up these eight outtakes from 2015’s Wire right in half. It also brings the prettiness.

More compact than Cavern of Anti-Matter, punchier than DIIV  (check out that L7 riff on “Still”), these thoughtful droners have never tickled their tuneful bone like this before. They claim it’s more “studio” than Wire; good — more studio means more cheat codes. The squeals and metallic springs of acoustic guitar are tapped as stiffly as any of their classic post-punk/industrial softballs. Nocturnal Koreans would sound great at night, though it’s no sleeper. It’s forthright and blissed-out, melodically considerate in a way we haven’t heard since 2008’s New Order pastiche “One of Us,” and that was no guarantee that its patient follow-ups (2010’s Red Barked Tree, 2013’s Change Becomes Us) would approach the peaks of Pink Flag or Read and Burn: 01. These do, in a whole new language. A sweeter one.