Review: PUP Proclaim ‘The Dream Is Over’ But Proudly Welcome the Nightmare 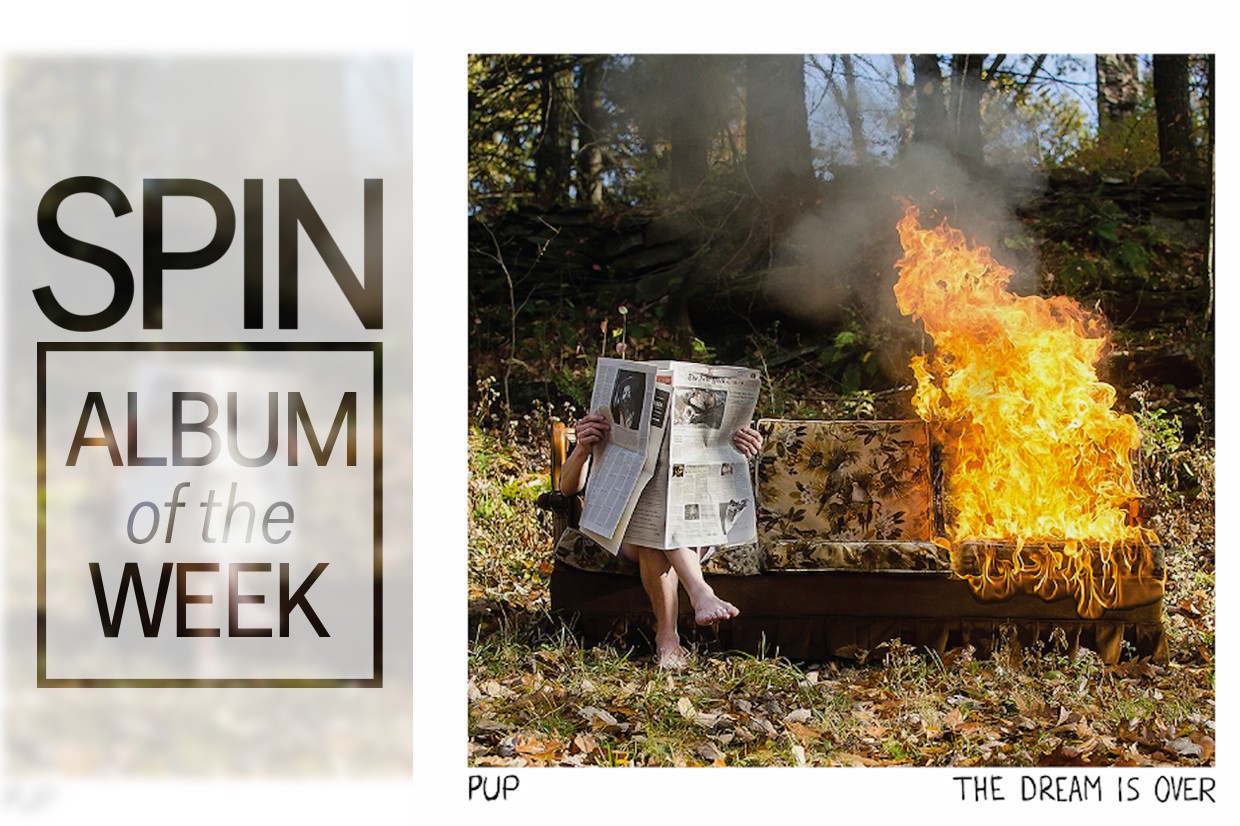 Stefan Babcock wants his band dead and it sounds like they might deserve it. The frontman kicks off the first song from PUP’s sophomore LP with “If this tour doesn’t kill you, then I will / I hate your guts and it makes me ill.” He doesn’t let up from there: “Everything you do makes me want to vomit / If this tour doesn’t kill you, buddy, I’m on it.” The official video for the track depicts the message with literal violence, each member getting their turn at maiming and murdering one another. This is how they chose to open their new album; it’s also the best track on it.

At some point in 2012 — prior to the release of “If This Tour Doesn’t Kill You,” and their triumphant The Dream Is Over — PUP were known as Topanga. With the Boy Meets World re-vamp Girls Meets World approaching, the Toronto punks decided to ditch the name and remove themselves from a potential Disney death. They became PUP and released a self-titled debut a year later that was critically heralded in pop-leaning punk spaces but never fully embraced by the indie-rock audience, demonstrating the fine line of who loves emo and who’s willing to admit to it. The Dream Is Over blurs that distinction with ease, and without thought. The opening riff to “My Life Is Over and I Couldn’t Be Happier” could’ve been nicked from Titus Andronicus’ Springsteenian opus, The Monitor. And “Can’t Win” would make more sense in the middle of a Japandroids set list than any Warped Tour act’s.

The second song on Dream, the first single, and the narrative immediately following “If This Tour Doesn’t Kill You,” is “DVP,” a song that converts the aggro-hate toward friends into something internal. Here, it’s himself that Babcock wants dead. As the story goes, he drinks three beers, he’s already drunk. He can’t get his love interest to talk to him, so he calls her sister. (Is there anything bleaker?) The moment of real vulnerability — if this entire interaction doesn’t feel like a basket case oversharing — comes in the second verse with a holler of “I don’t give a s**t / I just don’t wanna die / And I don’t wanna live.” It’s not a depressive scream, it’s an anxious one; the hammerhead tension of the entire two-and-a-half-minute track makes it feel like a mere minute-long hardcore blast.

Placing both singles at the beginning of the record makes it feel top-heavy, but it could be that — in keeping with their themes — PUP meant to set us up for a letdown.  The meat of the album is about relationships gone awry, but the edges of that are where PUP really flourish. The penultimate track, “Familiar Patterns,” breaks the fourth wall, detailing how the band writes songs about not wanting to be a band, in order to support the band. Babcock starts with a full declaration, “This business ain’t for the faint of heart / I feel for the bulls**t / And then I started falling apart,” before terming the punk life a waste of his energy. He gets the last word with naysayers, though: “They used to say don’t quit your day job / But guess what? I never had one!”

When the quartet named their sophomore release The Dream Is Over, they meant that dream: success without compromise and living a fulfilled life as an artist. But they meant all the other aspirations too, of love, friendship, and being in a band that doesn’t want to kill each other all the time. Funny thing is, the dream is better off dead; PUP are at their best when they’re a mess.