Review: Jessy Lanza Does Retro-Futurism Proud on ‘Oh No’ 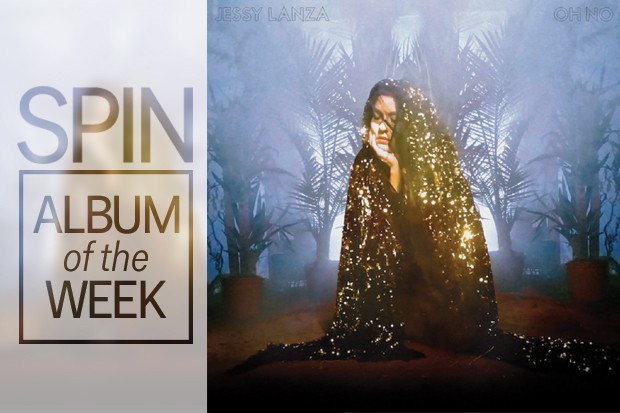 Through a creative partnership with Jeremy Greenspan of Junior Boys, the Hamilton, Ontario-based Jessy Lanza quietly made a name for herself in 2013 by signing to U.K. tastemaker label Hyperdub and releasing the beguiling Pull My Hair Back. Accompanied by the sort of minimalist IDM/R&B hybrid that Greenspan has become known for with his own outfit, Lanza made the sound all her own by evoking Mariah Carey and Aaliyah through a scope that also keeps listeners at an arm’s length. That sense of simultaneous detachment and playfulness made for an engrossing debut album, and that subtlety worked to Lanza’s advantage: By mid-2014, her debut album was a surprise short-list nominee for Canada’s prestigious Polaris Music Prize.

Two years later, Lanza is back with another collaboration with Greenspan, and in a move that parallels Junior Boys’ outstanding new album Big Black Coat — no surprise, since both records were made at the same time — the music sounds broader, more vibrant, more uptempo than ever. Yet the ingenuity of it all continues to be how stripped down the arrangements are, one of Greenspan’s great strengths as a producer. In doing so, the music creates so much space for Lanza to work her own vocal magic, sounding exponentially more assured and adventurous than before. Where a sense of shyness helped make Pull My Hair Back so charming, Lanza’s increased confidence provides so much more color on Oh No.

While the wispy singing on “It Means I Love You” might invite too-easy comparisons to Grimes, it lives in its own unique, equally imaginative universe. With its effervescent blend of gently skittering beats and playful synth stabs, it dances nimbly and nervously around the edges of avant-garde, dubstep, and pop. Contrary to the album’s recurring theme of anxiety, however, the mood is ebullient, echoed by the repeated refrain of, “When you look into my eyes, boy / It means I love you.”

“VV Violence,” meanwhile, is the most confrontational track Lanza has produced to date, both lyrically and musically. When she touches on being a marginalized woman, the catharsis is palpable. “I say it to your face, but it doesn’t mean a thing,” she jeers, before punctuating the line with a teasing, “No!” The arrangement quickly lurches into a classic house groove, anchored by a bass line that warps, twists, and wavers underneath Lanza’s trademark falsetto. The track has the dual potential to invigorate an indie-rock club as well as ignite a dance floor.

That balance between the daring and universally appealing is ultimately what makes Oh No such a pleasure. “Never Enough” immerses itself in New Order circa 1985, while “I Talk BB” is a stunning, smoldering ballad that dares to approach the twitchy, postmodern sensuality of FKA twigs while channeling the vintage soul of Evelyn “Champagne” King. “Going Somewhere,” on the other hand, is a sparkling marriage of airy dubstep and new wave, its pristine tone contrasted by small shards of unsettling atonality. That unease carries over later into the album with the standout “Vivica,” which achieves just the right balance of synthetic, alien soundscapes, and classic soul composition. It’s a testament to the extraordinary breadth of Oh No, as Lanza metamorphosizes from an intriguing curiosity to a formidable contender in contemporary electronic music.