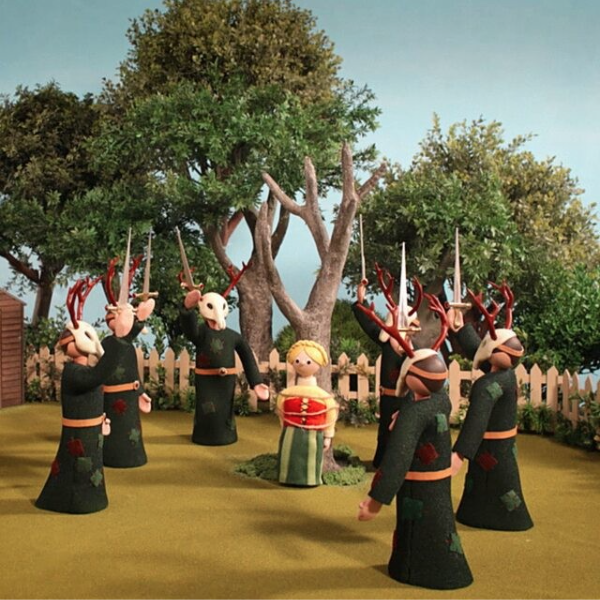 Last week, Radiohead deleted their social media presence. In the contemporary vocabulary of virtual gestures, this means that something big and new is coming. They also mailed out some cryptic flyers that read, “Sing the song of sixpence that goes / Burn the witch / We know where you live.”

Early this morning, the band returned to Instagram with two short claymation clips. The first one is a songbird perched on a branch that looks like it’s made out of pipe cleaners; the second one is a cartoon ritual sacrifice involving six men in deer skull masks and an expressionless woman tied to a tree. Besides references to historically English imagery (nursery rhymes about sixpence, witch burnings), what does this mean for the band’s highly anticipated new album? Is the background music in the second clip by Radiohead? Are there more (or a music video) where these came from?

The first date of Radiohead’s upcoming tour is May 20, leaving the band just two-and-a-half weeks if they choose to release an album beforehand. Last month, they disavowed a statement by a business associate who said the new record is coming out in June. Perhaps it’s actually coming out sooner? Watch both teaser clips below, and stay tuned.