For twice missing a court date pertaining to a prior arrest 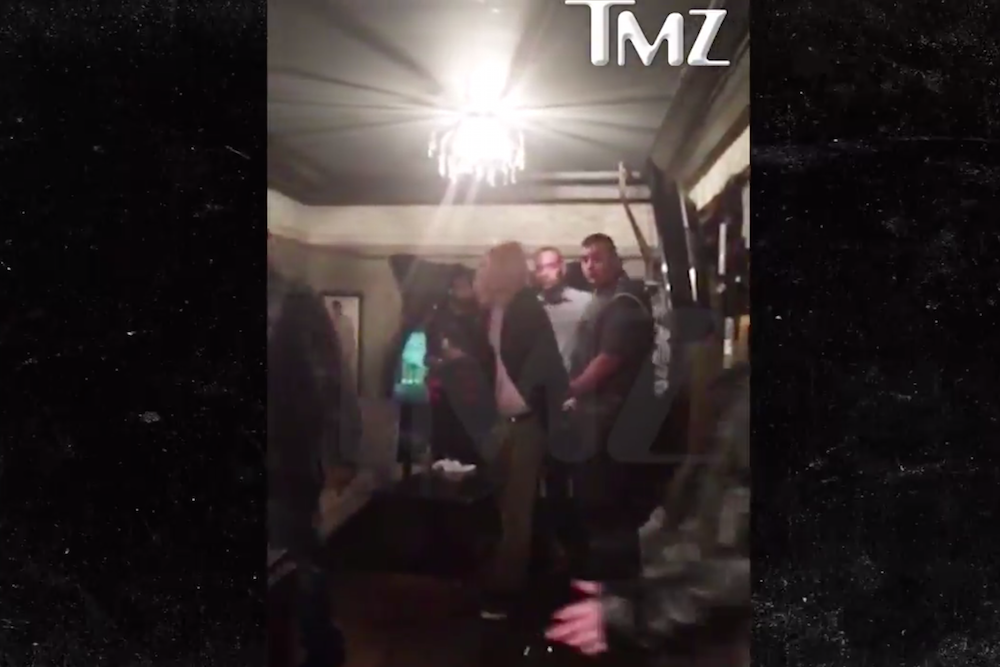 Puddle of Mudd frontman Wes Scantlin has faced a slew of problems and controversy over the past few years — it’s a list too varied and unbelievable to attempt to sum up here, but his tagged page on our site should catch you up — and the drama only continued over the weekend at his show in Hermosa Beach, California.

After walking offstage following his concert, Scantlin was, according to TMZ and footage of the scene, “subdued by bail bondsmen and cops at Saint Rocke.”

The cause of the arrest stems from the fact that the troubled singer missed a court hearing that was set to address a house that Scantlin reportedly trashed earlier this year — his former house, in fact, one that he lost in 2015 to foreclosure. TMZ reports that this was Scantlin’s second consecutive no-show in the case, so a judge raised his bail to $250,000 and the musician was subsequently locked up on Saturday night post-gig. He remains in custody.