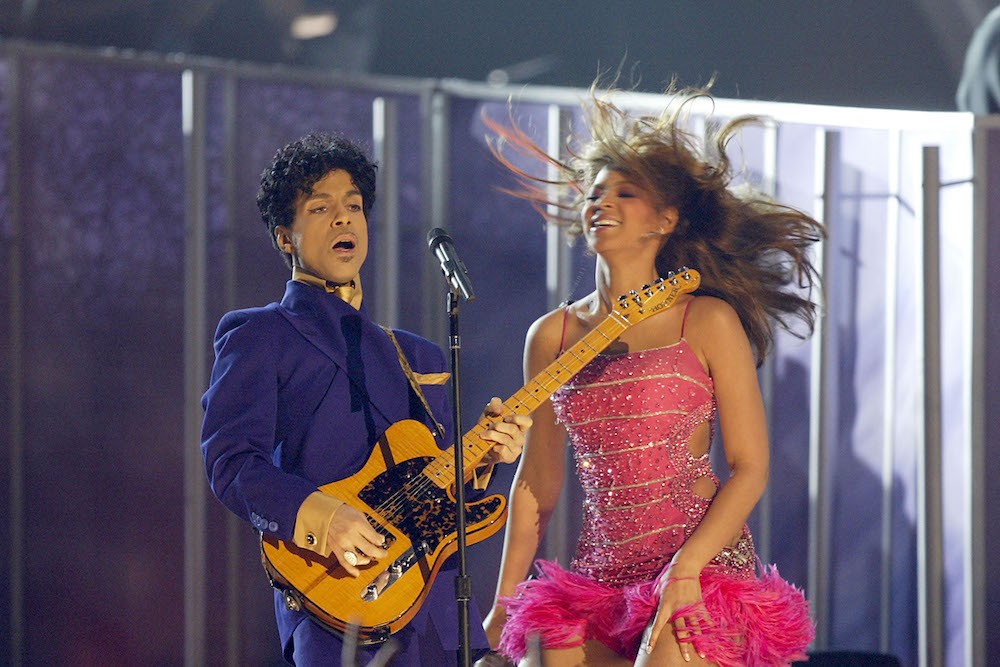 With “Purple Rain” and “When Doves Cry,” this is the first time in almost 32 years that Prince has held two spots simultaneously in the Top 10, according to Billboard. Six of the aforementioned singles have been in the charts since last week; “Raspberry Beret” and “I Would Die 4 U” are the new additions.

Beyoncé, who tops the Billboard 200 this week, has all of Lemonade’s 12 songs on the Hot 100 too. She surpasses Taylor Swift’s peak of 11 for most songs simultaneously in the Hot 100 by a female artist. “Formation” and “Sorry” lead at No. 11 and No. 13, respectively.

Lastly, there’s poor Drake. The rapper has been kept from his first No. 1 as a lead artist again, this time by Desiigner’s “Panda.” “One Dance” moves up to No. 2 this week though, and with the release of Views, things might look a lot rosier for Drake next week.