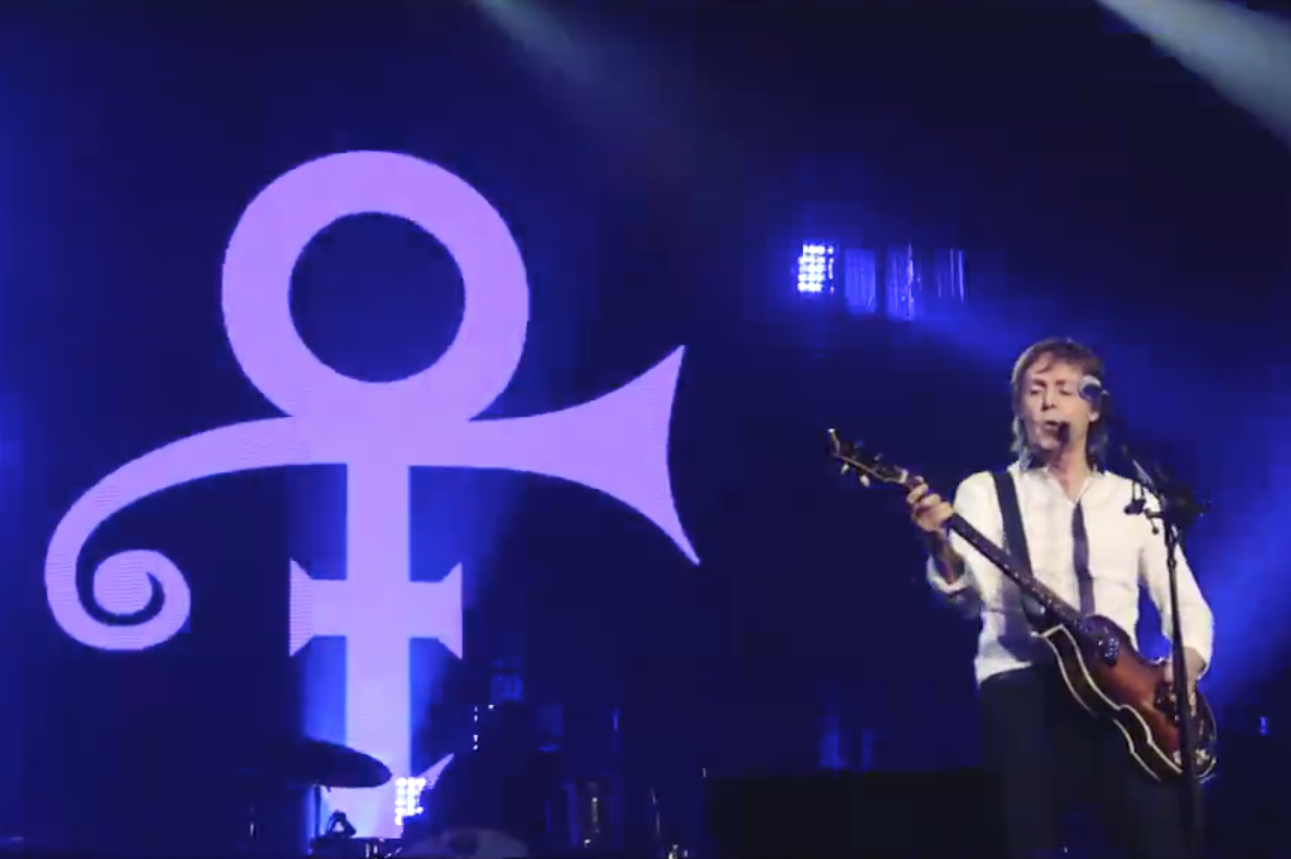 Playing in Prince’s hometown of Minneapolis last night, Paul McCartney offered up an encore cover of “Let’s Go Crazy,” the jubilant opening track from Purple Rain. Just two weeks after the late artist’s unexpected death, emotions were surely still raw inside the Target Center, but the audience responded with excited screams when the purple Prince glyph appeared on the big screen.

“Here’s to the man,” McCartney concluded, according to the Minneapolis Star-Tribune’s review. “Loved that guy. Thank you, Prince, for writing so many beautiful songs, so much music. And he’s your guy.”