Review: Kaytranada Gives ‘99.9%’ as He Ascends From DJ to Producer 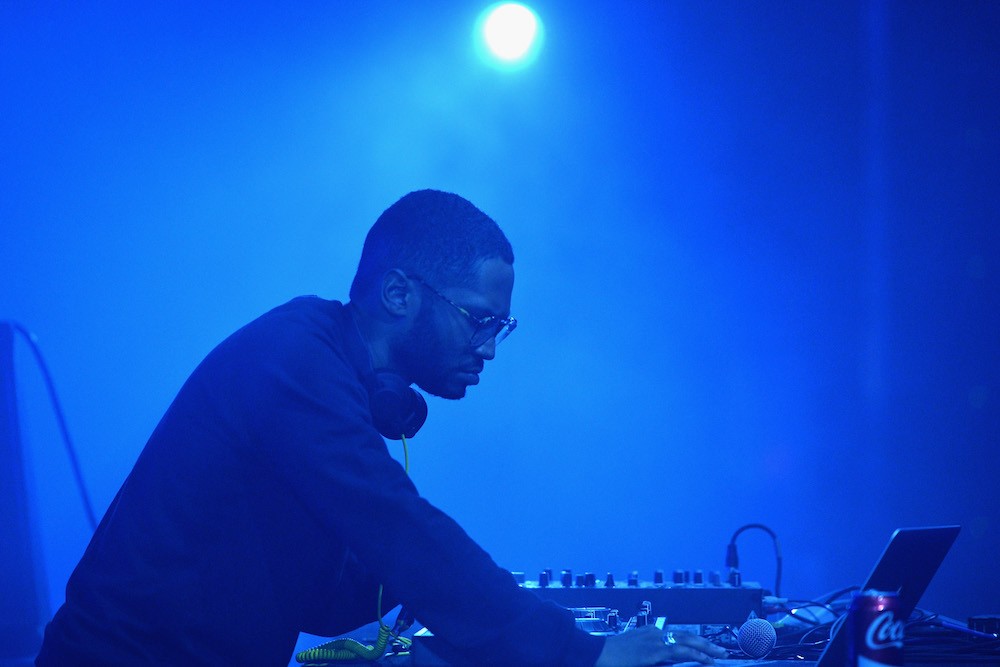 At just 23, the Montreal-based Kaytranada — born Louis Kevin Celestin — has already crafted fantastic remixes of Missy Elliott’s “Sock It 2 Me,” TLC’s “Creep,” and Janet Jackson’s “If” even though he was only a sapling when the records originally came out (a.k.a. the era where silk dresses and FUBU co-mingled). Naturally, Generation X club-hoppers and radio listeners have their memories of those songs colored by nostalgia because their life experiences were soundtracked by them, but you’re not having life experiences at age 6. Still, after aging and earning one’s musical chops, you look back at the era from your childhood and finally get something on those who tease, “You weren’t there.” Chalk that up to curiosity.

The sleek, hip-hop-influenced sounds of Kaytranada’s palette can’t be limited to simple nostalgia because they aren’t shackled to time; the interconnectivity of black music threads through the decades. Revisiting the grooves isn’t just a matter of retread and reverence, but expansion and potential. That’s why Kaytranada’s remixes work: They renew touchstones without robbing them of their Pavlovian lure. Innovation begets innovation, and odes to vindictive infidelity become twinkling anthems. Kaytranada’s debut, 99.9%, makes the argument for the dance floor being a centripetal force for intergenerational rhythms instead of just a satellite shindig.

Part of the mission behind 99.9% is to assert Kaytranada as an artist instead of a remixing DJ. Being paranoid of falling into the latter is understandable, but he’s always transcended that box. His saturated synths and indelible bounce are his signatures, so it’s no surprise those qualities shimmer throughout this full-length. Thankfully, 99.9% isn’t Kaytranada shaking his fist in his quest for artistic merit. This project exhales confidence; the opener “Track Uno” is a multi-part, skittering funk joint that unfurls with the sheen of artisanal marmalade.

And “Track Uno” sets the template for a set that balances neon warmth with discotheque urgency. “Got It Good” submerges a cooing voice within aquatic textures for an excellent Craig David (!) appearance, and the thump-and-glisten of the Anderson .Paak-assisted “Glowed Up” will go down as one of the year’s most infectious beats. Kaytranada is also just fine by himself: Late-album highlight “Lite Spots” doesn’t only work because of how it flips its high-pitched vocal sample into a neck-whipping soiree — it’s emboldened by personality. Kay spends the first minute flirting around with the sample and guitar stabs before tying it together for this tightly wound collage. Imagine looking across the dance floor and watching a dude bending his ankle inward while shyly sweeping the ground with his foot — and then seeing him bust out a mean pop-and-lock from the strength of will. You’d root for that guy.

Kaytranada said in a BBC1 interview that the title for 99.9% comes from how he never felt completely satisfied with the finished album. Fixing that last tenth of a percent would be a Sisyphean task because the musical lineage he’s continuing is never complete — it’s in a state of perpetual evolution. And the producer still has room to evolve, too: The LP’s sunset pastels and recurring elastic bass lines at times threaten to rob the tracks of their singularities. But 99.9% is a success because Kaytranada fosters an environment where every guest shines, including Syd’s airy presence on “You’re the One” and BADBADNOTGOOD’s precise musicianship on “Weight Off.” It’s a beautiful thing when such a diverse range of voices run free in one space — and creating that space is harder than you’d think.