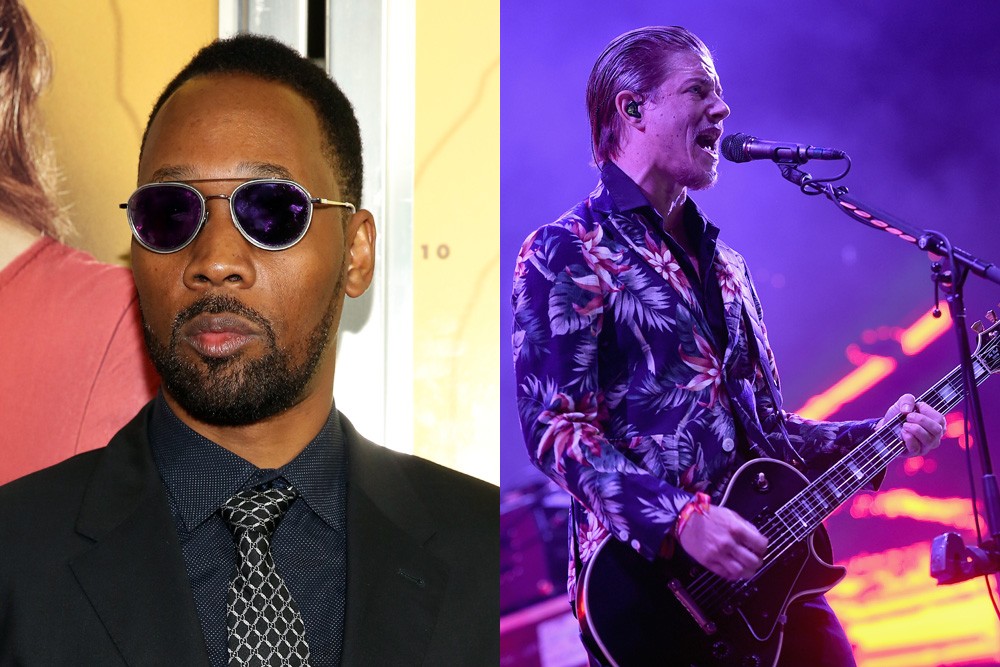 Update: Their first single, “Love & War,” is out. It features Ghostface Killah and it’s below.

RZA’s quest to expand his creative palette has led him to Interpol’s Paul Banks. The two are teaming up to form a duo called Banks and Steelz, and we’ll soon get to see if their songs are as hard as the moniker. Zane Lowe is set to premiere their first song tomorrow on Beats 1. There’s already been promotional storefronts set up in Los Angeles and New York.

The Wu-Tang producer said back in 2013 that he was doing some work with Banks. RZA hasn’t built up that much confidence in the collaboration, mainly because how ignominious of a disappointment A Better Tomorrow, the Wu-Tang Clan’s last album, was. Banks’ solo career hasn’t had as much acclaim as his projects with Interpol, and his 2013 mixtape, Everybody on My Dick Like They Supposed to Be featuring Talib Kweli and El-P, was nothing short of a misadventure.

RZA said in an interview with Rolling Stone that his material sounds “very, very different than what I do, but very unique and very peculiar.” It will be revealed tomorrow whether “peculiar” means “good.” (h/t Pitchfork)