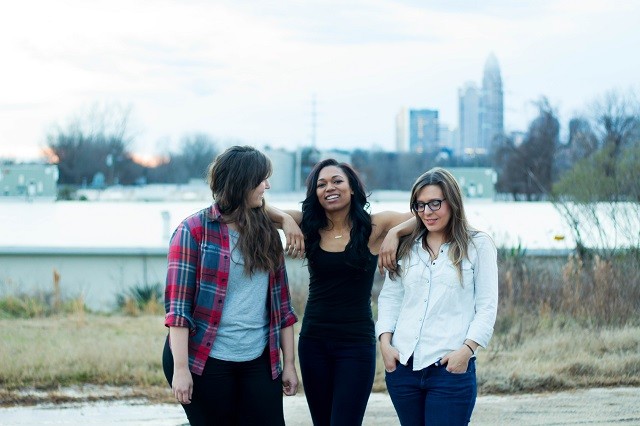 Charlotte, N.C. indie trio Faye have a pretty small archive. So far, they’ve shared two singles ahead of their debut release, a self-titled EP due this Friday the 13th. Ill-fated debut date aside, the group have found luck joining the ranks of their hometown label, Tiny Engines. In line with their close-knit instrumentation, the group began when high school friends Sarah Blumenthal (bass, vocals) and Kristen Leake (drums) met Susan Plante (guitar, vocals). With Plante playing guitar for the now-defunct Secret Hospital and Blumenthal singing and playing guitar for Alright, the group decided to start something new — forming the indie-fuzz outfit Faye.

By the time mid-way marker “Vowels” confesses, “I wish that I could be bold,” Faye have already proven they are. The five-track release is a buoyant blend of rich and sometimes dissonant vocals, jaunty riffs, and ground-scraping bass that scuffs things up. Despite an emotional downturn on “Ancient Bones” — the EP’s most subdued track, inspired by Plante’s late pup, Reagan — Faye is never withdrawn. The band even mocks jaded local show attendees in their first single, “Chow Chow.” Though it’s a valid rebuke against those feigning support and diminishing the scene’s authenticity, we wonder if friends of Faye feel a sting hearing, “Why don’t we pretend we go see all our friends’ bands, yeah, while we’re number-one fans?”

Fight indifference and pre-order Faye, out May 13, here, and find the cover art below. 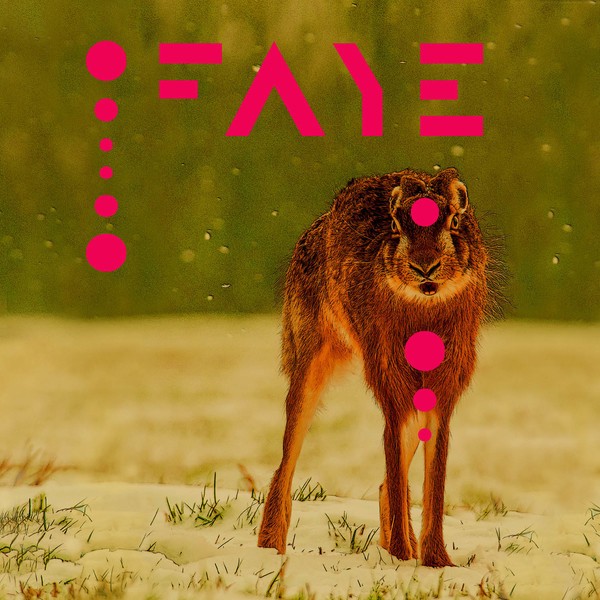