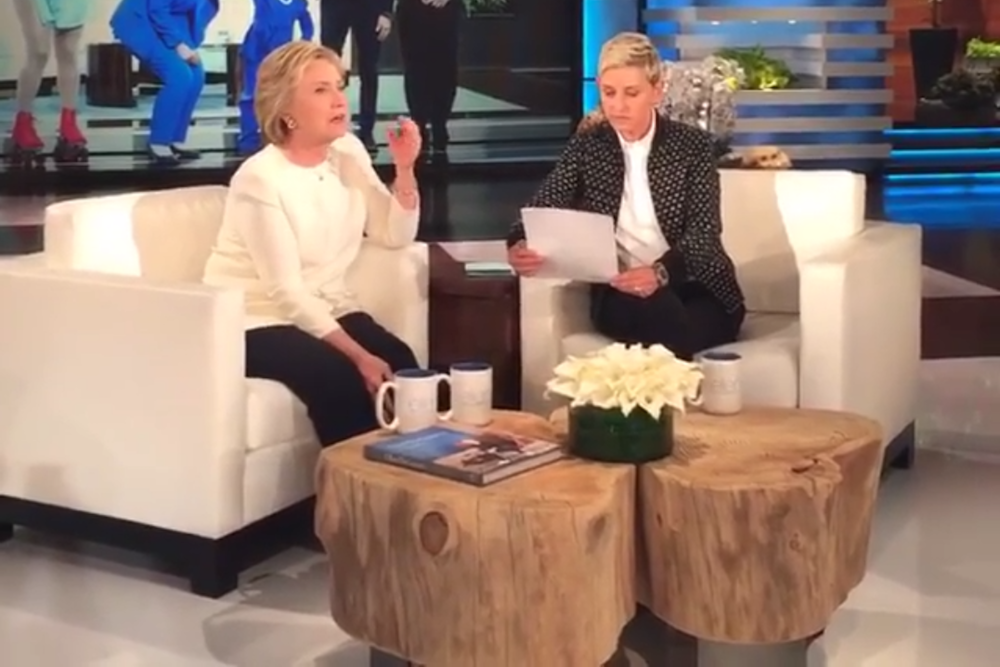 Hillary Clinton is probably going to be the 2016 Democratic nominee. With Bernie Sanders’ momentum halted, it appears the former New York senator has turned her attention to winning the support of the Beyhive.

Ellen — which is on a bit of a hot streak with appearances from Kanye West, Drake, and Sia over the past few days — had Clinton on her show, and the candidate answered a series of questions raised by viewers during the taping yesterday. She got hit with the big question, from none other than pop superfan Taylor Swift: “Have you seen Lemonade and do you like it?”

Even fair-weather support for Beyoncé is a political hot button. Beyoncé’s video for “Formation” and the Black Panther-referencing Super Bowl performance have been read as anti-police. Police have refused to work security at Beyoncé’s Formation tour stops because of this perception.

Clinton isn’t going to cede that black vote, though. During an April appearance on Power 105.1’s The Breakfast Club, Clinton claimed to keep hot sauce in her purse (“I got a hot sauce in my bag, swag”—”Formation”).

“Now listen, I want you to know that people are going to see this and say, ‘She’s pandering to black people,’” host Charlamagne Tha God said.

“Is it working?” Clinton said in self-aware humor.

Watch Clinton’s Q&A at Ellen below. She parries the Beyhive mob at 2:10.