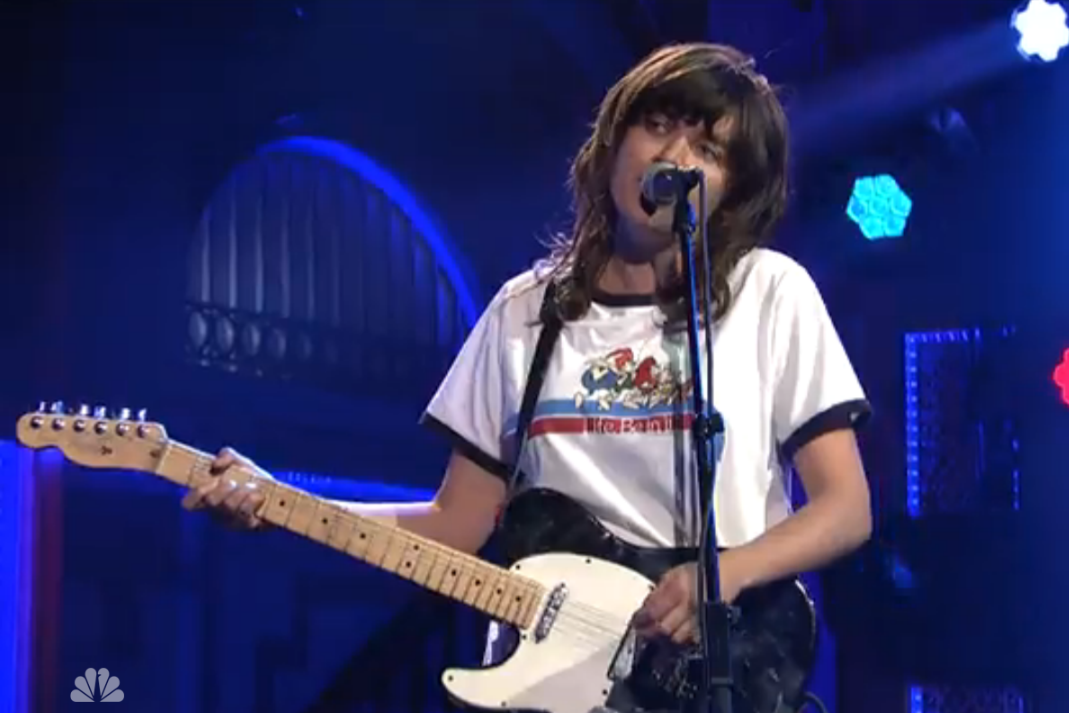 Was there a party last night? Did you go? Nobody really cares if you did, not when you could have stayed in and watched Courtney Barnett on Saturday Night Live instead. SPIN’s 2015 Songwriter of the Year made her SNL debut on last night’s season finale, hosted by SNL alum and Portlandia star Fred Armisen.

Barnett and her two-man backing band played two songs from Sometimes I Sit and Think, and Sometimes I Just Sit: “Nobody Really Cares If You Don’t Go to the Party” and “Pedestrian at Best.” The Melburnian’s first live American TV appearance went off without a hitch, striking just the right balance between Barnett’s self-deprecating persona and her obvious rock-star chops.

Watch clips of “Nobody Really Cares If You Don’t Go to the Party” and “Pedestrian at Best” below, plus an SNL promo featuring Barnett teaching cast member Bobby Moynihan about Australian slang like “ute.”