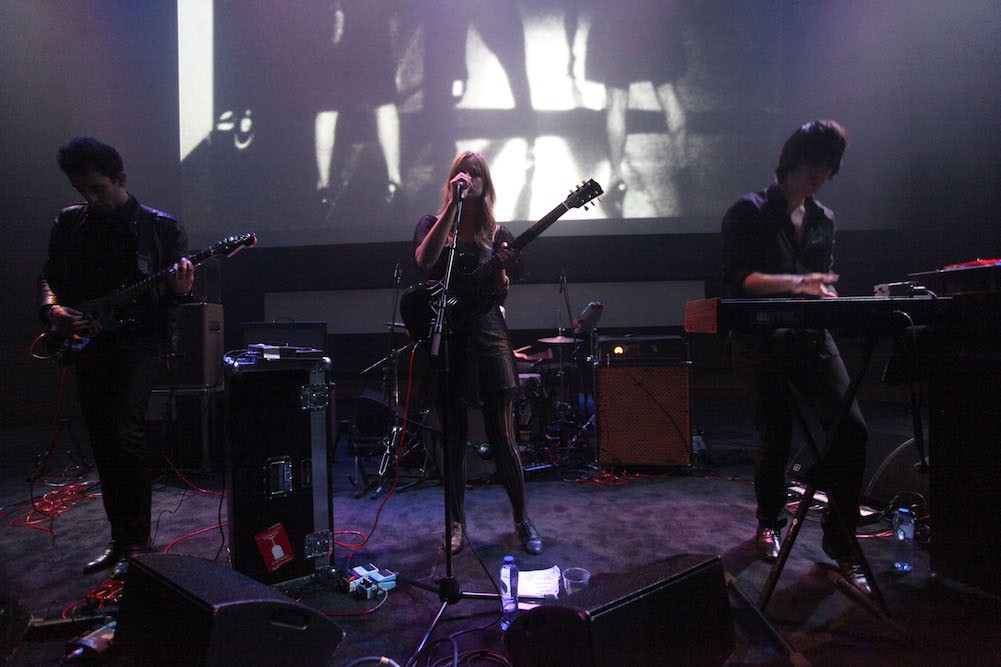 Dear Tommy, the follow-up to Chromatics’ Kill for Love, is still M.I.A. a year after it was promised, but at least there’s some consolation in the form of a semi-new song. “Headlight’s Glare” is a tighter, sleeker redux of Kill for Love’s desolate closer, “The River.”

“Headlight’s Glare” isn’t a cut from Dear Tommy, but it will appear on Chromatics’ upcoming Cherry 12″, which comes on May 16. The vinyl will be released alongside pressings of 2015’s “Shadow,” “Just Like You,” their cover of Cyndi Lauper’s “Girls Just Wanna Have Fun,” and a reissue of their 2010 EP In the City. Sadly, “I Can Never Be Myself When You’re Around” isn’t included. Also sadly, Dear Tommy still doesn’t have a release date.

The good news is, though, that you can stream both “Headlight’s Glare” and “The River” below.