Scheduled to air during tonight's finale of 'The Voice' 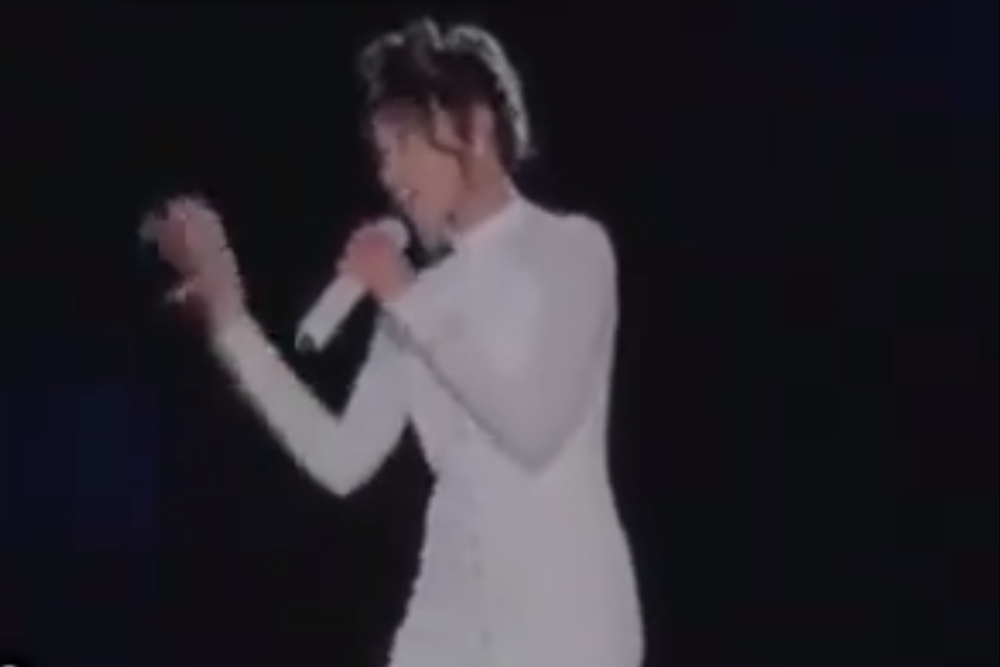 Update: According to TMZ, Houston’s estate decided to cancel the Voice hologram segment. Why? Because the graphic “didn’t look like Whitney.” Um, you think??

It’s been rumored for weeks now that The Voice judge Christina Aguilera would sing alongside a hologram of Whitney Houston on the show’s finale tonight, and footage of that performance just leaked online several hours early. In it, Aguilera starts off with the deceased singer’s “I Have Nothing” on her own before signaling behind her and saying, creepily, “Ladies and gentlemen, Whitney Houston.” The curtain falls, and — you guessed it — a hologram of Houston appears to “belt” the rest of “Nothing” before the pair of them segue into “I’m Every Woman.” It is… wild.

Watch below, and remember: Houston died in 2012.