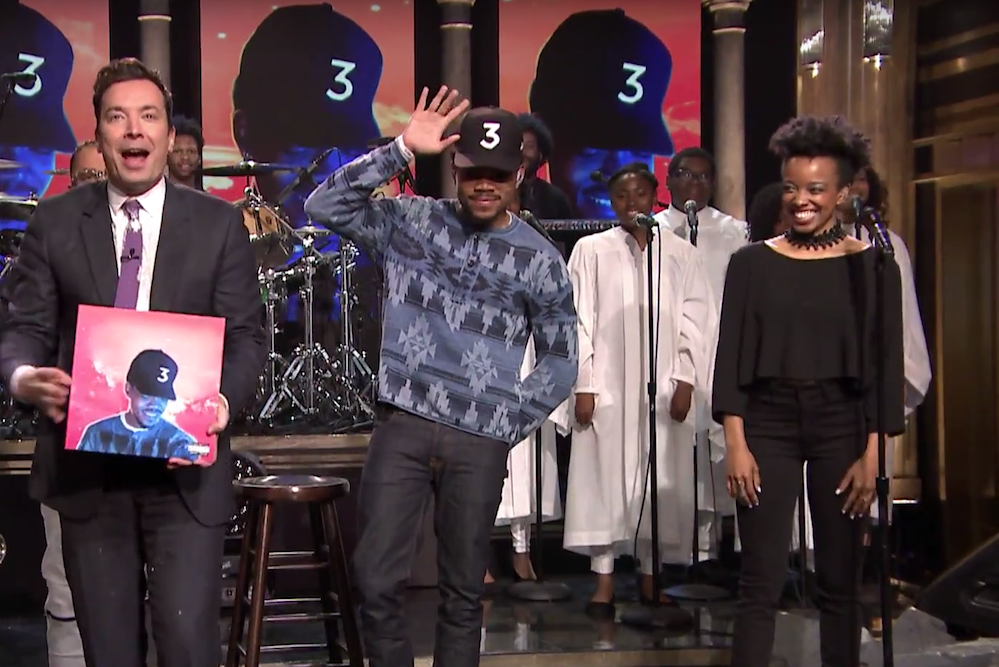 After promising “big cool things” on Twitter, he let Fallon announce the release date for Chance 3: May 13. He also premiered “Blessings,” another joyful number that falls in line with his prior singles. The new song features Jamila Woods’s soulful singing in the group, and gospel artist Byron Cage helps close the song in a style that’s not unlike Kirk Franklin in “Ultralight Beam.” Chance also brought Social Experiment buddy Donnie Trumpet and a backing gospel choir.

Check out the rousing performance. And yeah — after a three-year wait, Chance 3 is only a week away.