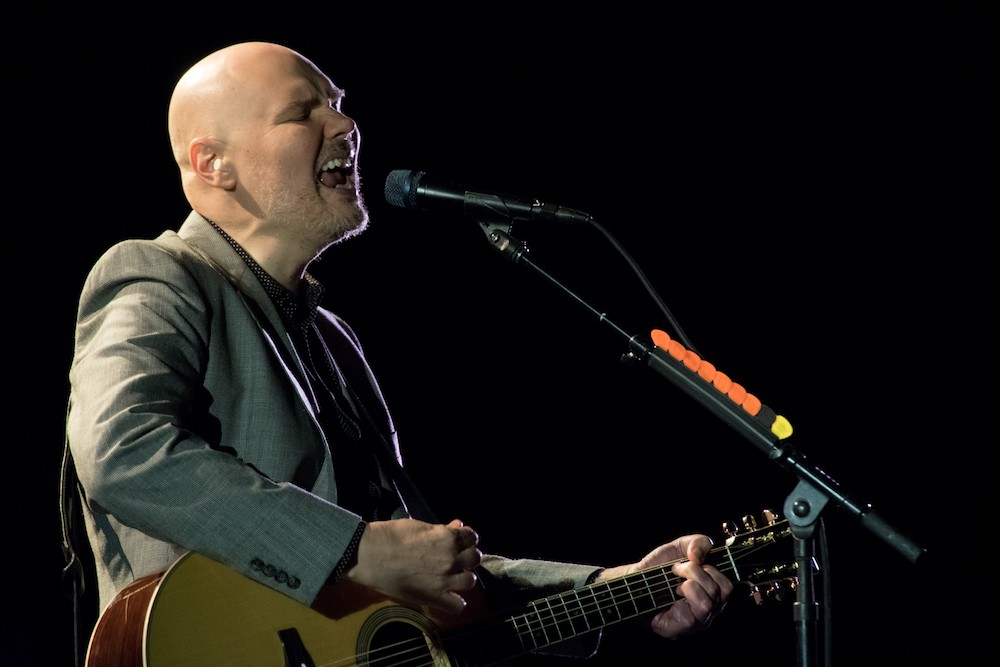 What you don’t do at a Smashing Pumpkins concert is interrupt a Rolling Stones cover. Billy Corgan — who has reunited with Jimmy Chamberlin on this tour (with James Iha jumping in for a few shows too) — was covering “Angie” last night when a stage crasher decided to intrude his space. The mercurial frontman was anything but welcoming and immediately told the overzealous fan off.

“Get the f**k off my stage before I punch you in the f**king face,” Corgan said.

The stage crasher, unwilling to get punched out during a Rolling Stones cover, quickly left, and Smashing Pumpkins soldiered on (h/t Stereogum). Watch below.