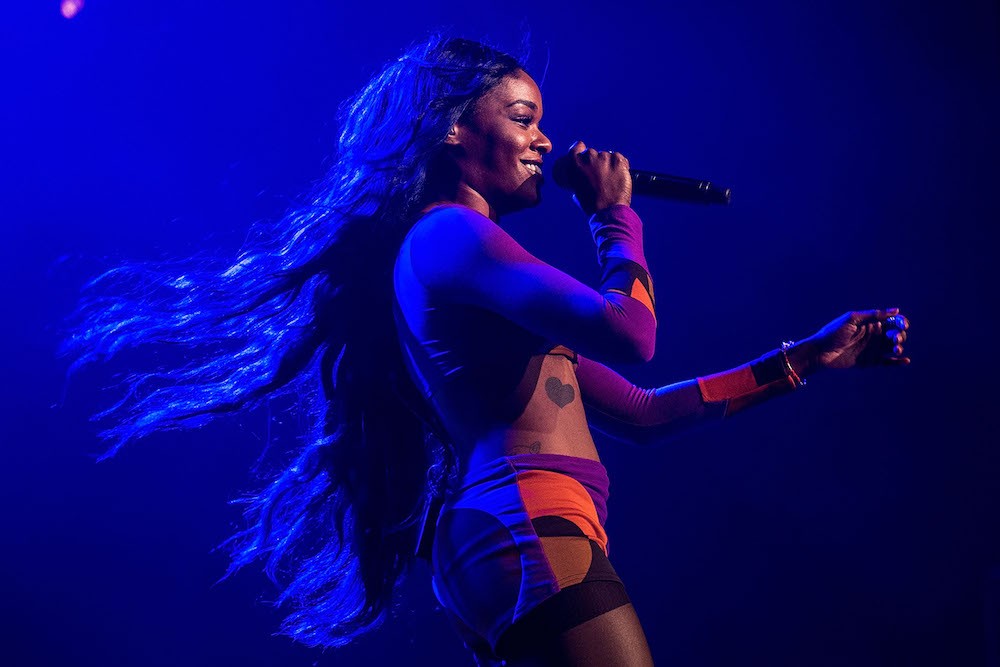 After going on a hateful rant and getting dragged by a 14-year-old Disney star, it seems like Azealia Banks won’t be tweeting again for a while. Today, the Harlem rapper has been suspended from Twitter. Those who tried to glance at her timeline this morning were met with this:

Since breaking out with 2011’s “212,” Banks promising career has been overshadowed by her numerous Twitter controversies. The latest conflagration came with immediate repercussions. Banks threw a series of racial and homophobic slurs at Zayn Malik after accusing him of cribbing her style for his “Like I Would” music video. Fourteen-year-old Disney star Skai Jackson was aghast, and she chided Banks in a series of legendary SFW tweets.

It wasn’t just social media that turned against her. London’s Born and Bred Festival scrapped her scheduled performance and the Home Office (the British equivalent of United States Department of Homeland Security) is reportedly launching an investigation of Banks that could result in a ban from the U.K.

Banks deleted a majority of her tweets after the outrage. But it’s too late: Twitter has slain Slay-Z.

Update: Banks returned to Twitter under a new handle @AZEALIABANKS_. Her accounts are now littered with retweets of fans who’re excited for her return. It didn’t take long for Banks to also throw her ire at Twitter.

Banks’ Instagram account was not suspended, so she posted a series a images directly referencing the controversy. Look at them and sigh below.

Why do all these publications write on everything I do then try and say no one knows who I am? Lol these people know EXACTLY who I am, and if they don’t …. THEY GON LEARN TODAY !!!!!!!!! 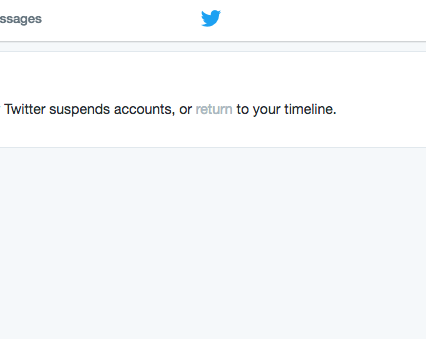 Update: Azealia Banks is back on Instagram to defend herself and last week’s racially insensitive Twitter tirade. “I’m not blaming anyone or anything for any of my actions, but I think it’s really important to for people outside of us (black folk) to understand the detrimental effects of whiteness and white supremacy/white cultural pervasiveness on black peoples MENTAL HEALTH as a whole and the MENTAL HEALTH of black individual herself,” she wrote in two posts. Here they are below.

This is 100% true. Black folk are the first to discard their own especially when white media/society hangs one of us out for public crucifixion. From the minute I appeared on the scene I was told by black men in black media that I was ugly, skinny, had bad hair, was weird, made music for white people etc… And those messages penetrated the social consciousness of black America very quickly. I’ve been belittled, berated, stolen from, called crazy when making clear and true observations about the world we live in only to then have all of those things reveal themselves to be truths. I’m not blaming anyone or anything for any of my actions but I think it’s really important to for people outside of us (black folk) to understand the detrimental effects of whiteness and white supremacy/white cultural pervasiveness on black peoples MENTAL HEALTH as a whole and the MENTAL HEALTH of black individual herself. Zayn feeling as though he’s too good to acknowledge me, yet not too good to STEAL and copy my art is fucking HURTFUL. And it happens everywhere. People steal and copy my art ALL THE TIME and try to pretend as if they are somehow above me when they are the ones without their own creative ideas to begin with. Music industry politics which completely mimic racial social constructs allow people like Zayn to hide behind his popularity amongst white folk when he himself is aiding in the work of white supremacy. Cultural Erasure. Another instance of a “white” artist taking credit for the black artists hard work and passion. And truthfully, it’s pushing me over the fucking edge. White society grinds down the self esteem of black artists to the point where we are expected to be silent about such obvious transgressions.

Pt2: Calling him racial slurs was my way of trying to angrily remind him that he is in fact not one of them, he is one of US. The white privileges he’s so eager to take part in do not apply to him. He’s colored, like me. His people suffer at the helm of white supremacy just like mine do. He has NO RIGHT to treat me as if I’m not “worthy” of anything, because the white privilege he’s reaching for does not apply to him. In the racial-social construct of the pop world he is STILL beneath Justin Beiber. There are countless other white male pop stars who will be pushed to the front of the line while he has to work TWICE AS HARD to even be noticed. He needs a reality check and needs to respect that I am one of those people WHO HAS TO WORK TWICE AS HARD maybe 3x to make this happen for myself. Respect that we are both in the same boat and stop letting all that white pussy go to ur head.