Mumford & Sons, Major Lazer, Willie Nelson, and a bounty of A-list talent round out this year's bill 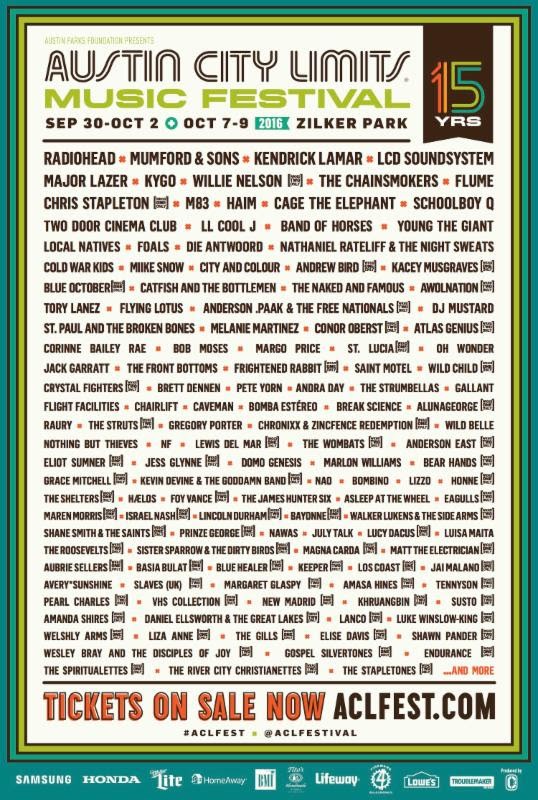 Tickets for the festival go on sale today at 10 a.m. CST and begin at $255. This year’s ACL takes place on two weekend: September 30 through October 2, and again from October 7 through 9.