Oh, and her new album is finally out 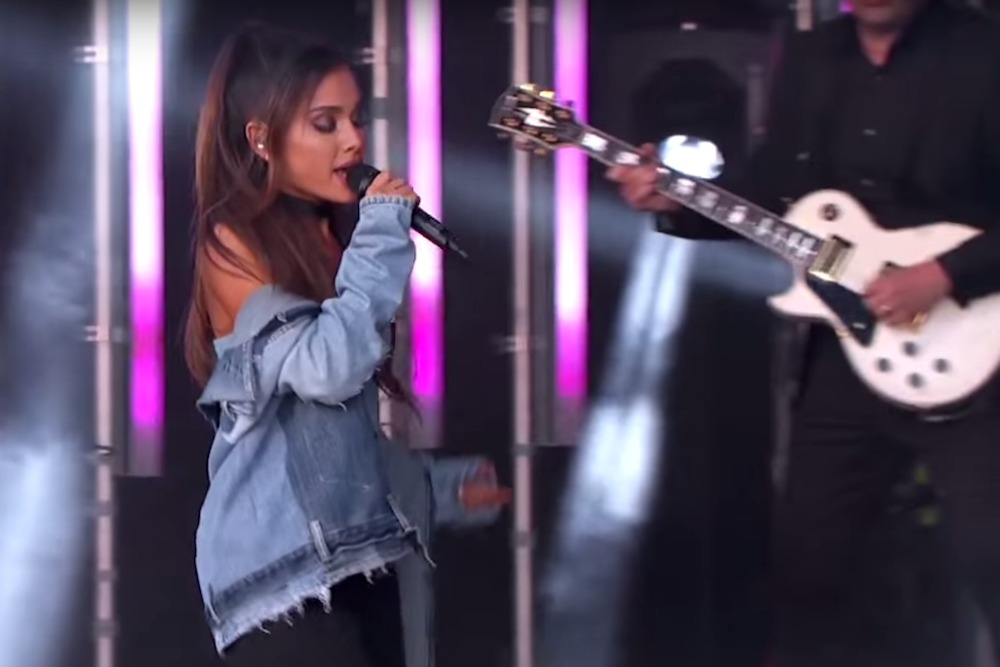 Ariana Grande is going to be popping up a lot over the next few days because Dangerous Woman, her third studio album, is finally out as of today. To promote the set, she popped up on Jimmy Kimmel Live! on Thursday night to perform the album’s title track in front of maddened fans.

Grande, not one to turn her back on her days as an actress, also starred in a Kimmel comedy sketch. Check out the “trailer” for #DogFace, a fake horror flick about a Snapchat filter gone too far, below, along with Grande’s performance of “Dangerous Woman.”