Could This Be a Preview of a New Arcade Fire Song?

We can neither confirm nor deny 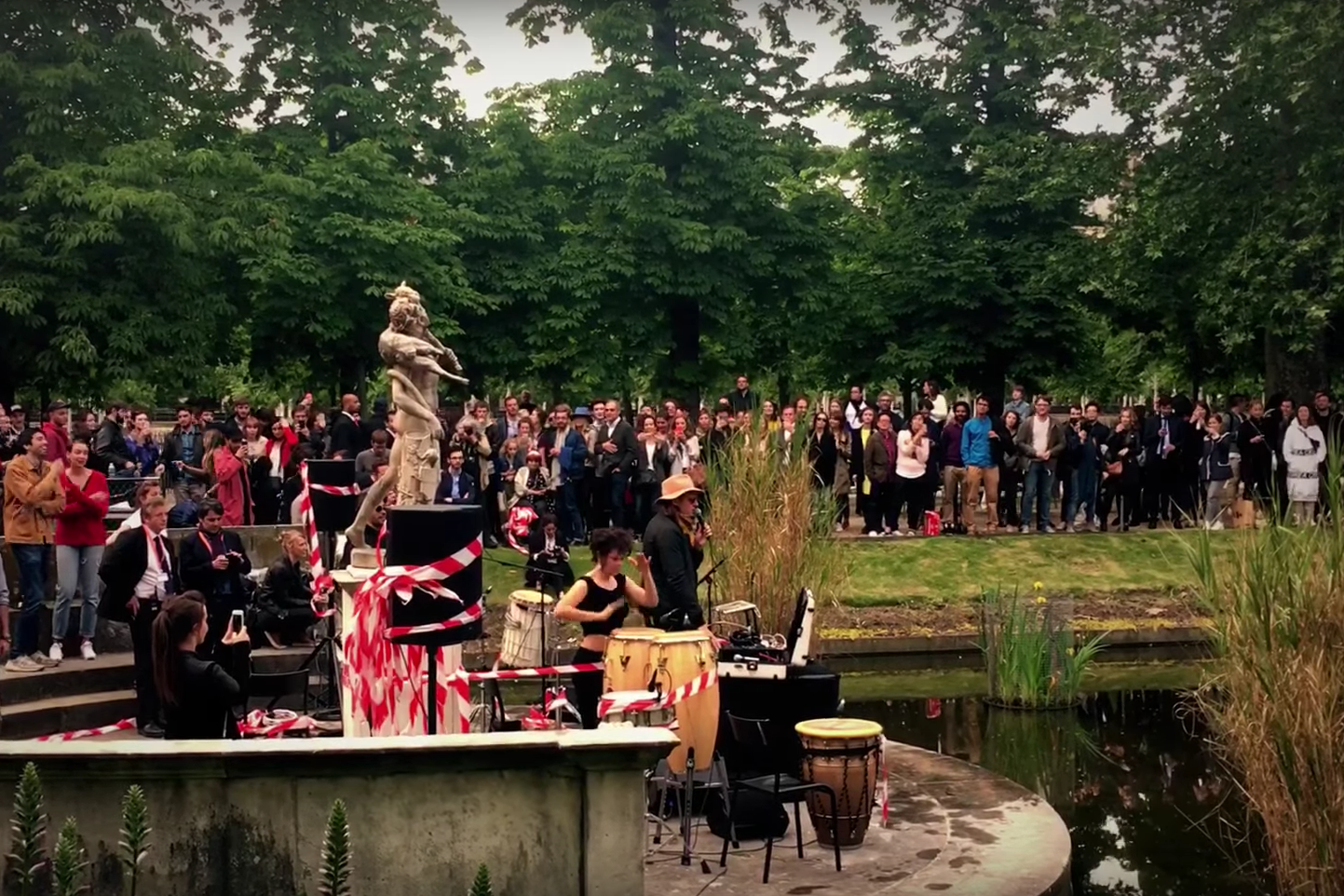 At first, it appeared that Arcade Fire’s Win Butler and Régine Chassagne simply performed their scheduled DJ set at Paris’ Jardin des Tuileries park this Wednesday — part of an ongoing exhibition by the French multimedia artist JR at the nearby Louvre Museum. But additional footage has surfaced that appears to show the Montreal-based power couple performing an original a cappella song. The fan who filmed it titled it “I Gave You Power,” but it’s unclear if the clip is indeed an early debut of new Arcade Fire music or just DJ Windows 98 going off-script.

During their set, which featured live percussion, Butler also sang a cappella versions of Neon Bible track “My Body Is a Cage,” as well as Son House’s “Grinnin’ in Your Face.” Their DJ set included David Bowie’s “Oh! You Pretty Things” and Sinéad O’Connor’s “Nothing Compares 2 U.”

Watch footage of the possible new song below, plus clips of a cappella version of “My Body Is a Cage” and “Grinnin’ in Your Face” (via Arcade Fire Tube).