The Front Bottoms Get Comfortable With ‘Cough It Out’ Live Video

“It was all very punk rock,” explains Brian Sella, singer and guitarist for the Front Bottoms. He’s referring to their self-booked, bedroom-recorded, basement-playing days, but the same could be said of their approach to the “million-dollar studio experiences” that led to their 2015 full-length, Back on Top. Such do-it-yourself tendencies translate to their live ethos, as well: In 2014, the New Jersey band presented and headlined a sold-out, 15-band, three-floor show at New York’s Webster Hall. And now, on the cusp of their second U.S. headlining tour in support of Back on Top, they continue to design their own merch, pitch music video ideas, and take every opportunity they get to tour.

“I joke about it, but it is sort of true,” Sella tells SPIN, adding that the Front Bottoms have been on tour for the past seven years. “I haven’t really had more than two months off the road.” This year will be no different. Along with their spring tour — Sella admits he’s especially excited to open in Buffalo, being a big Rick James fan — the band will make their debut appearances on the major-festival junket.

The band’s earliest self-released albums from 2008 to 2011 were put together by the then-folk-punk duo — Sella and drummer Mat Uychich — along with “whoever was in the room.” “That’s always been the attitude,” the 27-year-old frontman says. “Get everybody involved. ‘You can play the bongos real good? Okay, come up and play.’” After the addition of Ciaran O’Donnell (trumpet, guitar, keyboard) and Tom Warren (bass), the band showcased their growth on 2013’s Talon of the Hawk, and 2014’s Rose EP, a reworking of six beloved, pre-Bar/None deep cuts. Signing to major label Fueled By Ramen in 2015 gave them the opportunity to further polish their winning melodies and conversational lyrics, resulting in more the fuller sound of Back on Top. As Sella points out, “When you step into a more professional style, you can’t be like ‘Oh okay, here’s the song. It hasn’t been mixed and there’s no bass guitar.’”

But old DIY habits die hard: “In the future, there could be five other people joining the band. It’s a very fluid thing,” especially since Sella repeatedly stresses that the Front Bottoms always strive to “keep things fresh.” Read SPIN‘s recent conversation with Sella — which has been edited and condensed for clarity, and features him talking about seeing his face tattooed on strangers’ bodies, writing songs before sleeping, and always embracing the weird — below, but first watch the band’s new live video for “Cough It Out,” which captures a performance at London venue KOKO and which we’re premiering. Scroll to the bottom for their tour dates, and buy tickets for the Front Bottoms’ spring tour here. 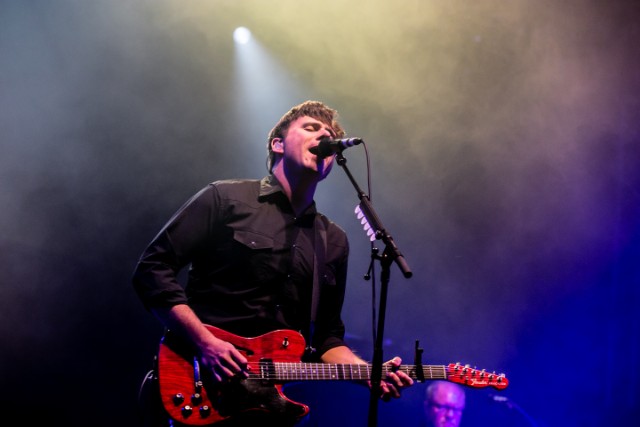 How did you come up with the idea for the live “Cough It Out” video?
I had the idea that we should try to film the tour leading up to London and have it be like a road-to-London sort of gig ’cause it was the biggest show we’ve ever played in London as the headliner and it had sold out in advance. So I had talked to Fueled By Ramen and was like, “Would this be a possibility, to try to do a live, old-school punk-rock DVD like, ‘Live from London’?” So they hooked it up… I think I drank a little bit too much before that show, but that the show was really good and there was a lot of friends there. It did feel like a moment for us.

On the road, you’ve opened for both Say Anything and Brand New. What were those experiences like?
Probably about five years ago, [Say Anything] took us out on tour, we played first of four, and I think 1,400 people were there or something like that. And I remember thinking, “Wow. What an amazing opportunity to be able to have this.” And then three years later, they took us on tour again. You don’t really get opportunities like that and [Say Anything frontman Max Bemis] gave it to us twice. Brand New took us to Europe for a month. We played in front of, like, 3,000 people in London. They let us ride in the bus with them and [during] one of the shows, [Brand New frontman] Jesse Lacey just sat behind the amp on stage the whole time, just kind of looking at us.

What were some moments where you remember thinking, “I can’t believe this is happening for the Front Bottoms?”
All of those experiences. At this point, it feels like there’s been so many of those experiences that I’ve had. And Jesse sitting behind the amp while we’re playing, that’s unbelievable. Totally insane. But just as insane, I think, is the people who come up to me with my face tattooed on their body or somebody that’ll come up to me and be like, “You know, we met at a Front Bottoms show, and we just had our second kid, and when my wife was giving birth, we were listening to the Front Bottoms.” It’s just like, holy s**t.

With the addition of O’Donnell and Warren, the music has bass parts and more frequent keys and trumpet, making it pretty different from your original folk-punk duo sound. How has this affected your creative process?
The early stuff that me and Mat had recorded, we would just sort of record it that day and then put it out on the Internet that night, which seems so crazy now. There was no mixing, there was no mastering, there was no album art or figuring out an album order. We just kind of always knew, like, “The quality doesn’t really matter. As long as the songs are good, people will like the songs.” I don’t think I’ll ever make another album like Back on Top again, but I’m glad that I made it. We worked with a million-dollar producer, we spent five weeks in L.A. and it was insane. But in terms of creating an artistic album that is beautiful, I personally think that wasn’t the best way for me to do it. I would have never known that if I hadn’t had that experience.

Do you have any plans for future albums right now or maybe more “grandma” EPs?
It’s all in the works. [The] “grandma” EP is something that we’re choosing songs [for] at the moment to redo and try to maybe restructure. For a new album, we released Back on Top like six months ago, so I’m not 100 percent thinking right now of a release date, but I’m always coming up with ideas. I’m also trying to write a book, too, so that’s something I’ve been focusing on.

What’s the book about?
I’ve been working on a book for like six years. It’s about a man who just has a bunch of weird experiences and his life and where it takes him. But it’s also like a diary — it’s like two books in one. It’s sort of hard to explain. It’s fiction. It’s just ideas that I’ve gotten on the road and stories I’ve heard and stuff. The real plan is — once I finish it, it’s almost done — I’m gonna make an audiobook and I’m gonna soundscape the whole thing and maybe I’ll write a couple songs and put it on the audiobook.

That sounds like Tom DeLonge stuff.
Somebody else had said that to me and I didn’t realize that he was writing books and I went online and I bought them all. I haven’t read them yet, but one book is, like, 700 pages. It’s insane.

Have you ever seen the YouTube montage of you saying “uncomfortable” in all of the Front Bottoms songs?
I have not! Is that a thing?

Yeah, it’s just a bunch of times where you say “uncomfortable,” which I didn’t really notice in the new album. Are you guys comfortable now? What happened?
Yeah, I’m definitely a little more comfortable than I was four years ago or five years ago, for sure. For the past couple years, I didn’t know why I was going on tour for four f**king months and making no money and playing to, like, ten people. I couldn’t figure out why, I just knew that I had to. And now that people are coming to the shows, it feels a little bit more vindicated. 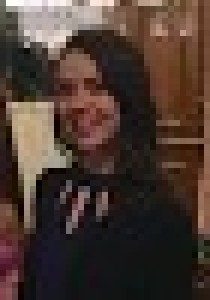