Plus he covered a Nirvana song last night 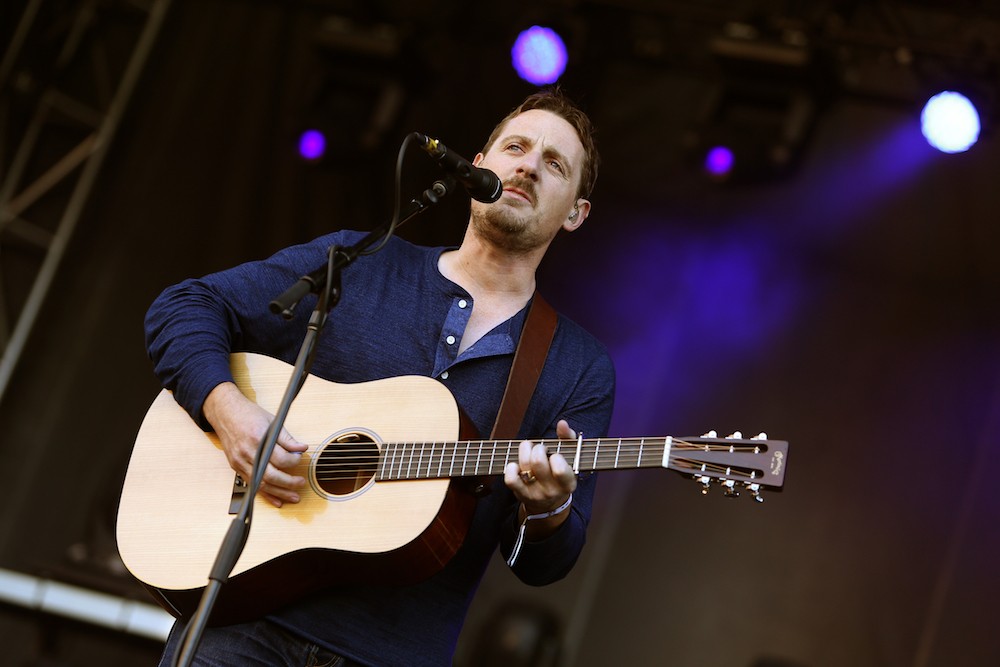 Sturgill Simpson’s third album, A Sailor’s Guide to Earth, is shaping up to be his most successful. The project may sell approximately 45,000 equivalent album units in its debut week and top the Billboard 200, according to reports. Simpson’s only obstacle is, of all people, Rihanna: ANTI is also expected to push the same about of equivalent album units this week, according to Billboard.

Although ANTI is a commercial success, a premature leak and a generally convoluted release stymied its debut week. TIDAL claimed that ANTI was streamed 5.6 million times within its first few days, but it sold less than 1,000 copies to debut at No. 27, a career low for the singer, though it was a minor setback: ANTI vaulted to No. 1 in early February.

On the other hand, Simpson spent the week enjoying critical acclaim and appearances at The Late Show with Stephen Colbert and The Daily Show. Regardless of if he beats ANTI, A Sailor’s Guide to Earth will be his highest charting album on the Billboard 200.

Watch his cover of Nirvana’s “In Bloom” from last night’s The Daily Show below as the official numbers start to roll in.