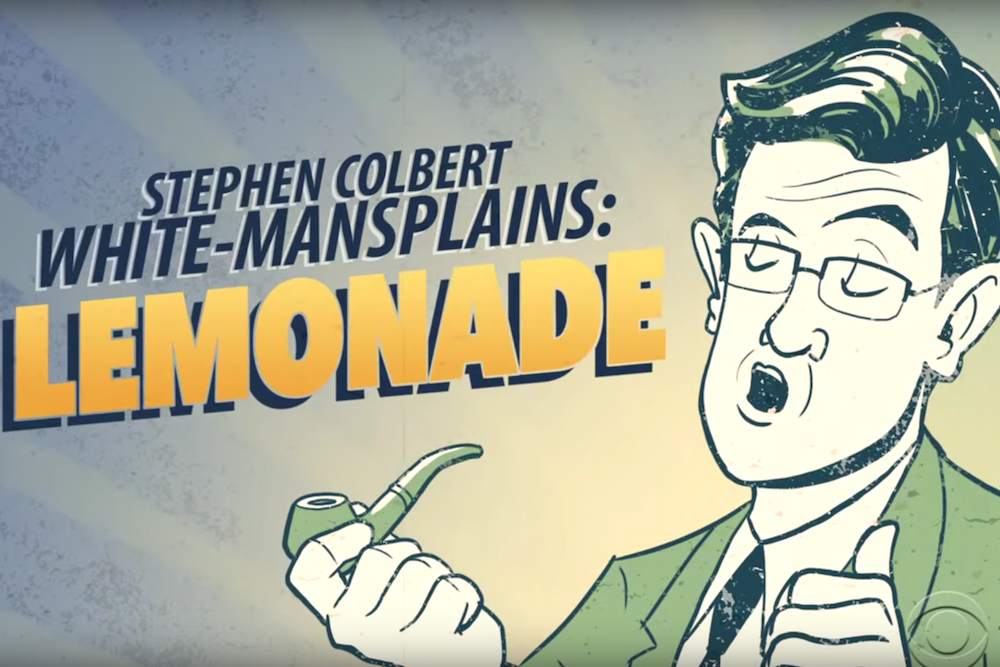 When Beyoncé’s Lemonade dropped on Saturday, many were annoyed both by how the first flood of reviews and opinions mostly came from white people and also how some writers didn’t understand what “Becky” in the song “Sorry” represented (a shorthand for a white or lighter skin woman). On last night’s Late Show, Stephen Colbert spent some of his opening monologue lampooning the fallout, the possible marital scandal, and the general insanity related to Beyoncé’s project.

The hilarity of Colbert’s monologue comes from its self-awareness: Why would a 51-year-old white male be an authority on Beyoncé? After recounting a story of personal heartbreak and cancelled Blockbuster accounts, Colbert broke down the Lemonade madness in a bit titled “Stephen Colbert White-Mansplains: Lemonade.” He briefly summarized “Becky,” Beyoncé’s hot sauce, and the confusion between Rachael Ray and Rachel Roy, the author of 30 Minute Meals to Please a Cheating Jay Z.

Jimmy Kimmel joined in on the fun by telling the story of how “Beyoncé took Jay Z’s lemons and squeezed them really hard to make lemonade” through a series of emojis. Watch Colbert and Kimmel’s take below.