It's a joint venture called Frankel's and it's in Greenpoint, Brooklyn 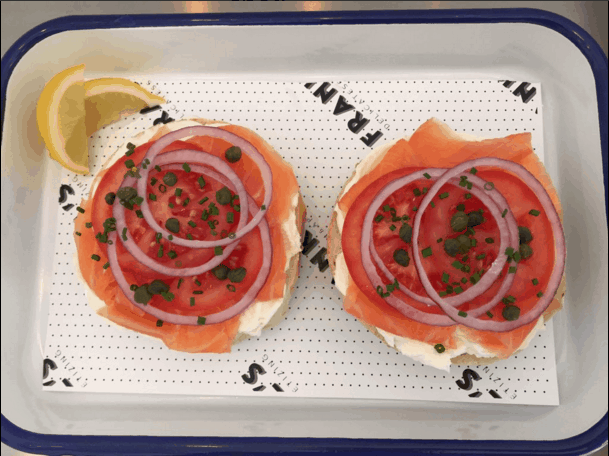 UPDATE: In our carb-fueled frenzy, we did not realize that Frankel’s deli co-founder Alex Frankel is also one half of synth duo Holy Ghost! According to this tweet from the band’s label, DFA, he is fact the same Frankel.

Look, I’m sure James Murphy’s wine bar is great, but as everyone knows, it’s impossible to feel satisfied after eating a small plate. But a bagel? A bagel with cream cheese and lox? That’s practically a real meal. And Run the Jewels’ El-P would like you to eat one, because he’s opening a deli.

The neo-vintage spot is called Frankel’s, and in reality it’s not just El-P’s deli; Grub Street reports it’s the brainchild of brothers Zach and Alex Frankel. El-P hasn’t specified his role other than saying he’s “involved” with the project, but he took to Twitter with a passionate message for bagels and the people who care about them:

for those that want to check out our new deli on today’s opening day it’s located at 631 Manhattan ave(and Bedford). pic.twitter.com/zJ0AFbaPmu

Did we mention that Queens rapper Despot is involved too? No joke:

I’m opening a Jewish deli with some of my friends tomorrow. You may be familiar with some of them. It’s called frankel’s. I haven’t said much about it. Now I am. It’s at 631 Manhattan Ave in greenpoint. The food is jewlicious. Come hang out with me there tomorrow and forever. This is not an April fools joke. I forgot that was today. You’re an April fools joke.

And a few more photos of classic Jewish deli food, because what the heck, we’re hungry: