Review: Sturgill Simpson Preps a Son of a Sailor on ‘A Sailor’s Guide to Earth’

Home » New Music » Reviews » Review: Sturgill Simpson Preps a Son of a Sailor on ‘A Sailor’s Guide to Earth’

At age 37 and only three records into his career, Sturgill Simpson carries with him a sack of lore. He’s the guy who wrote 400 emails to music insiders in Nashville trying to get his foot in the door, the first country singer to sing about taking DMT, and maybe, most perniciously, the outsider who makes country music for people who don’t like country music. It’s possible to peg Simpson as an agent of subversion, the “alt” to mainstream country, but it doesn’t do him full justice. In truth he shouldn’t be propped up as anti-anything when in the finest tradition of Merle Haggard, Waylon Jennings, and Neil Young, he writes songs that could only belong to him.

Simpson’s craft is the hallmark of A Sailor’s Guide to Earth, an epistolary album lovingly addressed to his 2-year-old son. It’s designed to serve as the boy’s own pocket atlas for navigating the world, written by someone who’s seen its many angels and demons. From growing up all around Kentucky, to serving three years in the U.S. Navy, to working at a freight-shipping yard Salt Lake City, Simpson writes with casual and irrefutable wisdom, the kind you overhear between bites of steak at family dinners. And with the horns of the Dap-Kings behind him, each little letter to his son is rich with the history of country music, Memphis sax, New Orleans brass, and ’60s soul. In writing an album for another soul, Simpson artfully reveals his own in the process.

Excusing the winking “Stay Between the Lines” and its counterpart “Brace for Impact (Live a Little)” as the saccharine parenting songs that they are, Simpson spends much of the album dumbfounded at this new kind of love in his life. Heaping portions of grace, wit, and acid are flung out to the world so that the pejorative Dad Rock tag is redefined as a life-or-death duty to your child with stakes raised and hackles up. He sings of leaving for tour on “Welcome to Earth (Pollywog),” and how the sound of his son crying in turn makes him cry. What would otherwise be overwrought feels downright homey in the low-swinging, Stax-ian palette Simpson and the Dap-Kings create.

The ability to build new environments for old sentiments is another of Simpson’s trademarks as a full-fledged writer and producer, not just a Music Row songsmith. His first two albums, 2013’s High Top Mountain and 2014’s Metamodern Sounds in Country Music are psychedelic trips unto themselves (both helmed by his fellow outsider-in-twang Dave Cobb), wavy hallucinations of traditional country. Here the line becomes even blurrier, but it’s for the best. With Simpson self-producing Earth, and with the Dap-Kings always ready to land on the one with a bari-sax skronk, it feels like a Nashville album that’s been dudded up and funked out. Of course, Simpson will never not make a country-sounding record. He’s got hard R’s, a dicey relationship with consonants, and charitably, two different vowels to his voice thanks to growing up in Versailles, KY (pronounced splendidly as ver-sails).

On Earth, Simpson continues to have fun flipping the genre’s tropes on their head. His anti-war, anti-consumerist bent comes into full view at the raucous closer “Call to Arms,” which sounds like someone gave the chart of Talking Heads’ “Life During Wartime” to the best blues-rock band on the Delta. Likewise, on “Sea Stories,” a “been everywhere” song about Simpson’s time in the South Pacific as a seaman, he sings about killing time on the ship when he could rather “get high play a little GoldenEye on that ol’ 64.” He sings “ol’ 64” as if he was Travis Tritt waxing rhapsodic about his Chevy. It’s hilarious, self-aware, and shows that Simpson has not yet stripped away the metamodern in him.

There’s also his cover of Nirvana’s “In Bloom,” which… you’ll go back and forth on. His soupy version shines a light on Cobain’s poetic economy, but other than the chorus he claims he misremembered (“Don’t know what it means to love someone” strips the song of its oh-well-whatever-nevermind-ness), he doesn’t add much. His cover of When in Rome’s “The Promise” was a clever flip of a song that could have used the emotion of Simpson’s voice, but “In Bloom” serves a different purpose, which in album context almost seems like a private message to his son about a song that meant the world to him as a kid. It’s as endearing and awkward as a parent giving the sex talk.

About Simpson being more than a country singer: In this fertile era of “resurgent country” where Chris Stapleton, Margot Price, and Jason Isbell (to name only a few) are reaching a wider audience, saying that you don’t like country music but love Sturgill Simpson is as dull as a rap hater proclaiming an exception for OutKast. But as anyone who’s seen him perform will tell you — with a mix of awe and incredulity — he’s just that good, a legend in the making. And not just a legend who graced the Circle at the Opry (though that, too), but an ahistorical legend who’s poised to cross over with a guitar strapped to his back, while Nashville burns in his shadow. 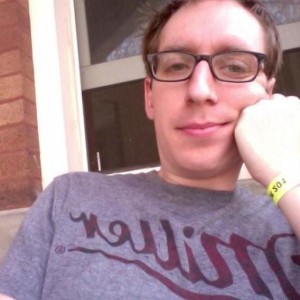