Home » New Music » Reviews » Review: Katy B Fragments Herself Anew for the Good of the Club on ‘Honey’

British underground darling Katy B first arrived on the scene as the teen representative of London radio station Rinse FM and the fresh female face of a resurgent U.K. club culture with the diverse flavors of her debut, On a Mission, taking in house, dubstep, R&B — even grime. Her success spurred on such equally varied and forward-thinking British electro-pop success stories as Disclosure, Jessie Ware, and AlunaGeorge. So when it came to releasing her second album Little Red in 2014, Katy B stripped back the hybrid mentality in an attempt to set herself aside from her new competition, journeying into the darker corners of U.K. nightlife via sleeker, more chart-appealing dance-pop. But lost in the mix was her greatest virtue — the mix itself. Katy’s stronghold was in simulating a night-long cocktail of music by the club, for the club — as though she was saluting to the sky, Reebok Classics stalking the floor, after you hit play. That’s what we want, it’s what we need. Given recent tragedies in Katy’s life, she may need the escape too.

And so onto round three: Kathleen Anne Brien has rewound back to her subterranean beginnings, building a mash-up from scratch on Honey. The new album shuffles through the full nocturnal U.K. experience via Brien’s wealth of collaborators and inspirations. She works with a different member of this handpicked family for every track, including Canadian electronic producer Kaytranada on the title song, Major Lazer on the Craig David-assisted “Who Am I,” and Brummie DJ Hannah Wants on “Dreamers.” It’s a veritable who’s-who of established and forthcoming talent across 13 bangers, while Brien herself operates a one-in, one-out on-the-decks policy. Her vocals dance around the beats as gloriously as ever, particularly on the thick and bassy single “Turn the Music Louder.”

It’s the spirit of community that defines Honey, a doting mixtape that cherishes the one thing that matters most to Katy B: club culture. From making it past the door to after-hours rejections, Brien’s narrative thrives musically upon teamwork — there’s no “I” in ‘dance,” after all. What results is a refreshing return to experimentation: “So Far Away” features the hyperactive build of an emo drum’n’bass tune, while “Calm Down” shows off an unexpected and welcome clash between Brien and the jazzier leanings of Four Tet and Floating Points. The climactic, string-soaked “Dark Delirium,” which calls out for a hero to save our heroine from a failed relationship, may be the highlight of the entire record. And the garage-inspired “I Wanna Be” finds Brien asserting, “I wanna touch you, break that barrier / Get you out the friend zone,” like she’s flipping the Weeknd on his swollen head. By “Lose Your Head,” it’s not just the object of her affection she’s seduced, because “No one moves the crowd like Katy.”

Indeed, just as the 26-year-old recently spoke out against the Brit Awards for failing to give U.K. grime the recognition it deserves (“It’s coming from our own people,” she protested), the same can be argued about her own contribution to the aforementioned current crop of transatlantic smashes. Rather than mincing words with humblebrags, she confidently toots her own trumpet. “Taste it, baby,” she offers. It would be rude not to. 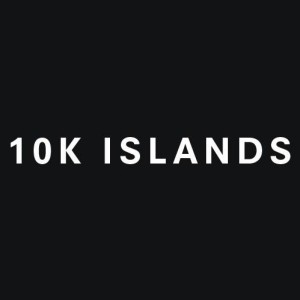