Jim James and Co. take on two of the Puprle One's classics in New Orleans 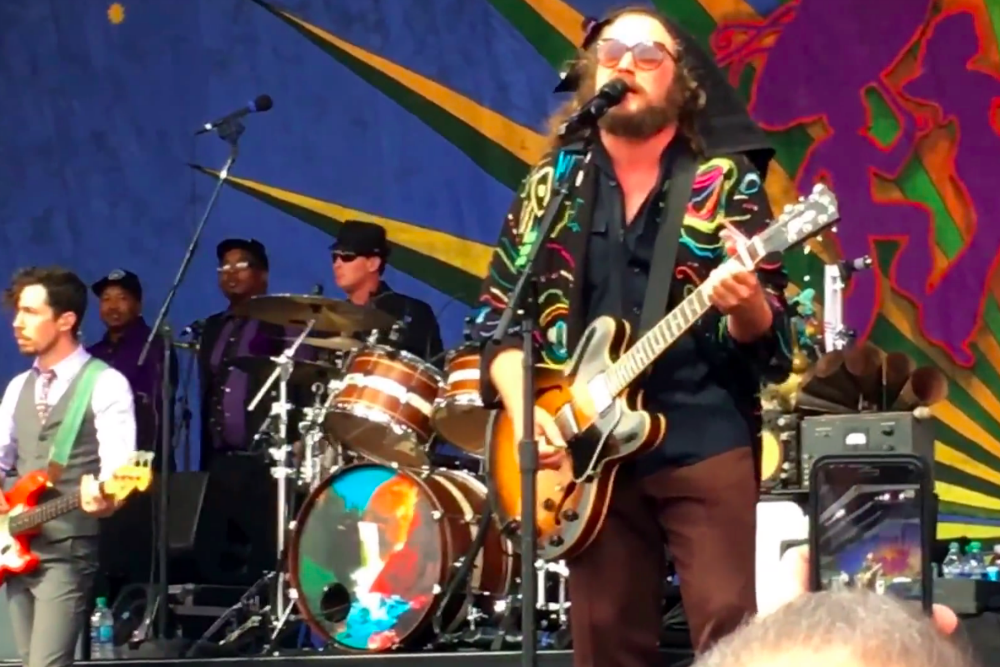 A week and a half after Prince’s death, and the Purple Rain just keeps falling. My Morning Jacket became the latest act to take on His Funkiness’ signature power ballad yesterday, covering both the 1984 lighter-waver — as well as another classic Prince title track, 1987’s “Sign O’ the Times” — at the New Orelans Jazz Fest, with the Preservation Hall Jazz Band providing support. MMJ had previously given TAFKATAFKAP’s 1985 psych-pop smash “Raspberry Beret” a run-through, and if they wanted to cover a different Prince gem at every gig for the rest of their touring existence, it’s unlikely anyone would mind.