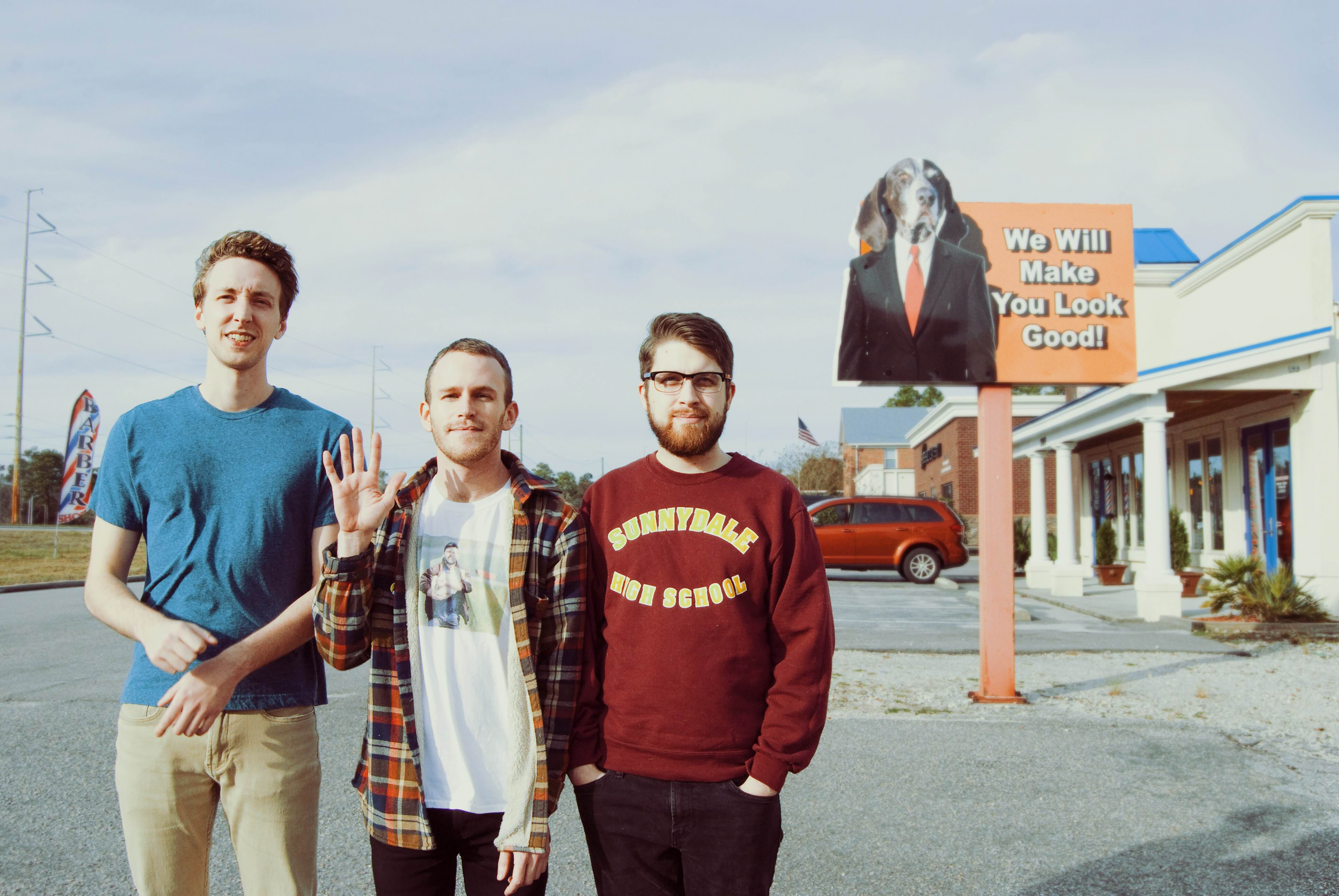 Later this week, North Carolina DIY power trio Museum Mouth will release their latest full-length album, Popcorn Fish Guinea Pig, and it’s one of the most gratifying and empowering sets of three-chord self-defeat you’ll hear this year. The album is billed by frontman Karl Kuehn as “a record completely out of tune with our fan base that was cursed with a name to match the lack of appeal (a la Weezer’s Raditude),” which should give you a pretty good idea of the LP’s own-foot-shooting sense of humor. (If not that, maybe this lyric from “Riff From My Head”: “I used to want to ride my bike off a cliff / Death was imminent / Now I just want to smash some s**t / A vast improvement.”)

I want people to come away from this album feeling more powerful than they did going in. To me it’s a record about realizing your flaws, finding out they’re not flaws at all, and then owning the S**T out of them… I think we sort of did that musically this time around too. In the past we’ve been criticized for our distorted “””lo-fi””” production (a product of self recording in your dad’s basement for years with no idea what you’re ACTUALLY doing) so this time around rather than clean things up we made things MORE distorted lol, but also learned to scale it back when the songs required that.

Listen to the alternately hilarious, heartbreaking, and perma-shrugging album here, out April 29 on Rory Records —  imprint of Say Anything’s Max Bemis, who Kuehn describes as “the biggest Museum Mouth fan with a Twitter AND a record label” — and check out the band on tour with Say Anything, mewithoutYou, and Teen Suicide at these dates.