Miserable Finds Grace in the Profane on ‘Uncontrollable’ LP

Set to be released April 29 via The Native Sound 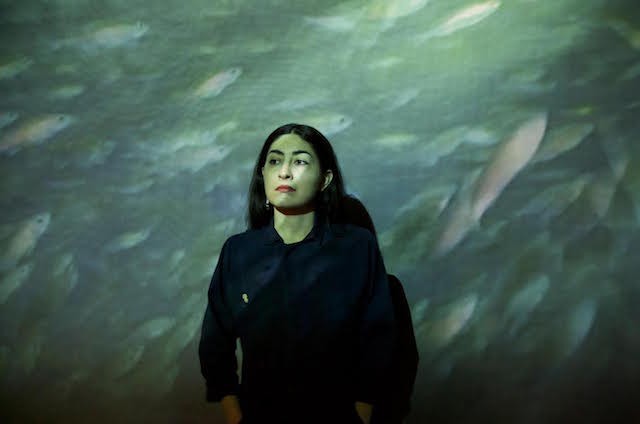 CREDIT: Photo via The Native Sound

Kristina Esfandiari is probably best known as the vocalist of bleak rockers King Woman, as well as being a former member of shoegaze outfit Whirr, but her solo work as Miserable should be held in equal regard. Making its debut with 2014 EPs Halloween Dream and Dog Days, the project now returns with Uncontrollable, a nine-track work of dizzying lo-fi sadgaze. The tracks unfold slowly, and with a palpable sense of purgation. The work picks up steam with lead single “Violet, rumbling from somewhere deep, while bleating chords underscore Esfandiari’s gruff vocals: “You’re the most spiteful person / I could never be.”

Esfandiari tells SPIN of the album:

I titled this album “Uncontrollable” – it’s the only word that could describe my feelings and environment at the time. I was emotionally spent and everything happening around me felt out of my control. Writing Uncontrollable was an attempt at freeing myself from feelings of betrayal, rejection, and deep sadness. It’s about the apology I deserved but never received. It’s about misunderstandings, frustration, lack of closure. At times I wanted to give up on writing this album. I felt sick, graceless. Finishing it seemed unattainable. I promised myself I would leave the past behind me once it was completed. Now that the album is actually finished I can see how it aided in my healing process and I find an tremendous amount of comfort in knowing that.

Stream Uncontrollable below, and preorder a copy here.