Put your phones down, dummies 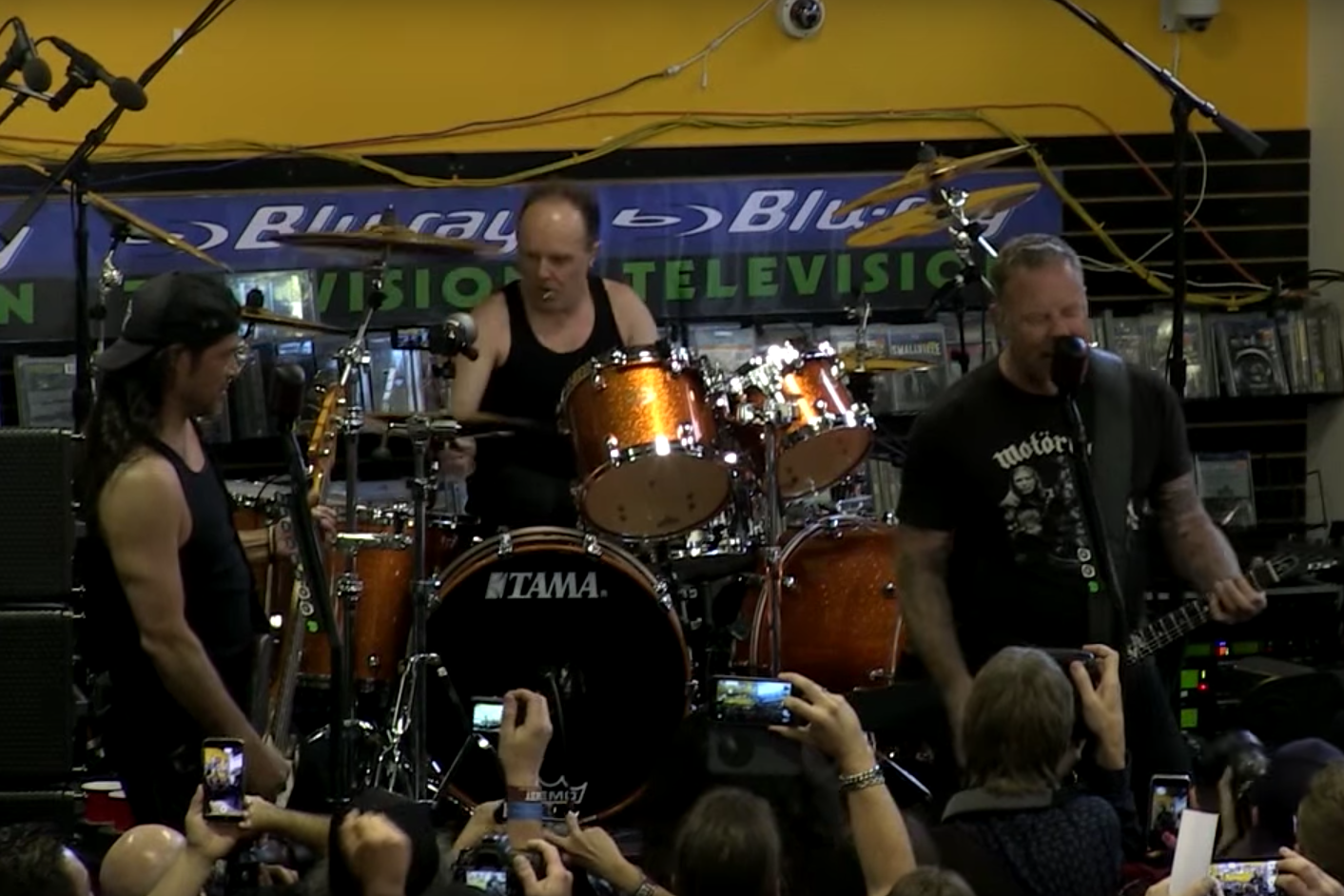 Two Saturdays ago, Metallica dropped by the Berkeley, California outlet of Rasputin Music for an intimate Record Store Day gig. The metal legends are longtime supporters of the event, and were this year’s official ambassador. (Last year’s ambassadors, Foo Fighters, did something similar.) Video of their entire performance has just popped up on the band’s official YouTube channel.

Watch opener “Hopeless” below, and click through to YouTube to see the rest of the nine-song set, including “The Four Horsemen” and “For Whom the Bell Tolls.” Also: if you are ever privy to an intimate Metallica set, put your phone away and bang your damn head.