Guitar Kurt Cobain Played on Nirvana’s Final U.S. Tour Is Up for Auction 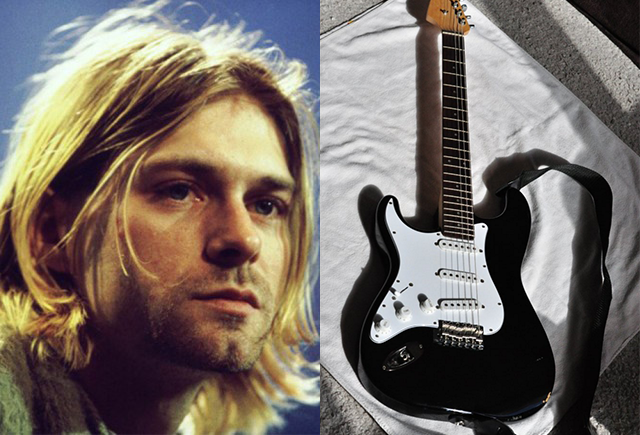 Since Kurt Cobain’s credit card and iconic green sweater have sold at auction (a lock of the Nirvana frontman’s hair was initially for sale, but was taken down from the block after everyone realized how creepy that was), it makes sense that one of the grunge legend’s guitars would eventually make the rounds. The auction site CooperOwen is selling the guitar Cobain played on Nirvana’s last-ever U.S. tour.

A press release claims that Cobain gave the black and white Fender Stratocaster to a member of the audience, Guillaume Enault, after Nirvana’s February 1994 show in Rennes, France. Enault claims that Cobain hadn’t used the guitar on the European tour, but had played it during the band’s stateside tour the previous year.

The guitar was said to be used “specifically for the end of set jamming and destruction.” The bidding starts at about $85,000 and the item is expected to fetch more than $170,000. Bidding ends on May 20. (h/t NME)