Kendrick Lamar Inducts N.W.A. Into the Rock and Roll Hall of Fame

The pioneering hip-hop group opted not to perform 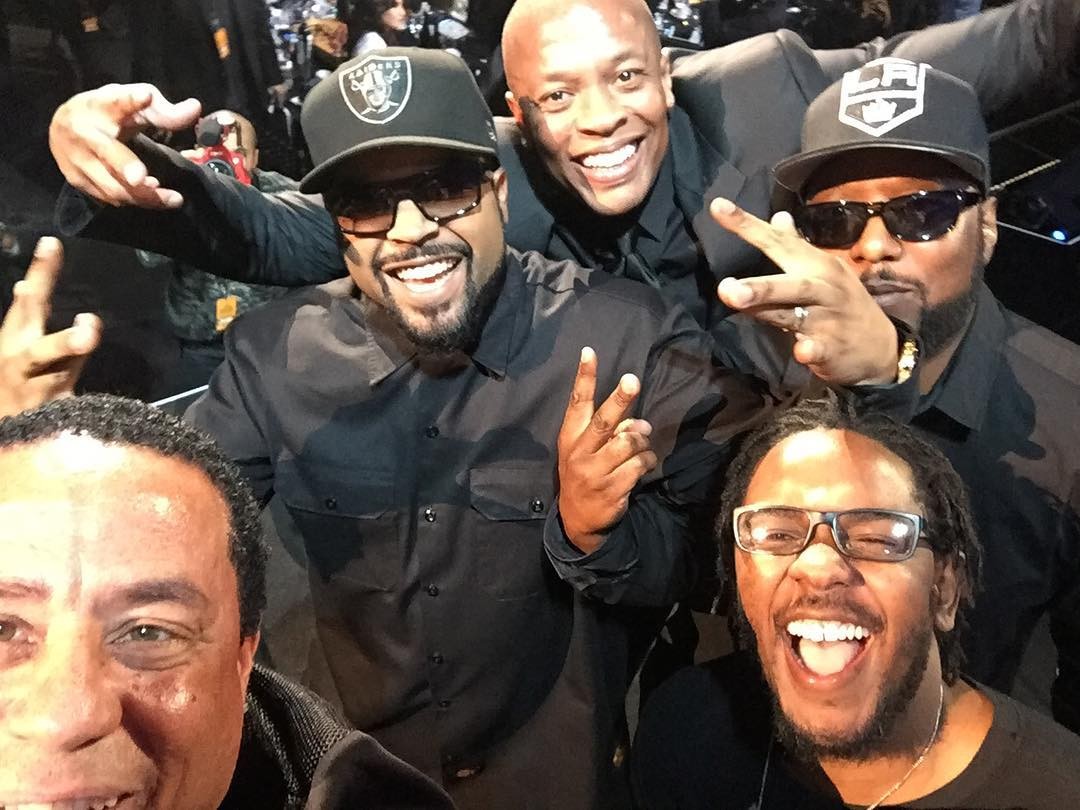 “To be clear, to be very clear, the fact that a famous group can look just like one of us and dress like one of us, talk like one of us, proved to every single kid in the ghetto that you can be successful and still have importance while doing it. That was N.W.A. That was their true message,” Lamar said. The younger rapper praised each member’s contribution to the pioneering group and spoke with special affection for Dre, whom he called “my mentor.”

N.W.A. did not perform at the ceremony at Brooklyn’s Barclays Center, the only act among the 2016 inductees not to do so. It’s been a busy few months for the group, whose full lineup rarely appeared together between their 1991 breakup and the October 2015 release of their biopic, Straight Outta Compton. Ice Cube has said that he hopes to reunite the crew for a performance at Coachella this year, where N.W.A. is scheduled for headlining slots on April 16 and 23.

Artists become eligible for the Rock and Roll Hall of Fame 25 years after the release of their first record, meaning N.W.A. first qualified in 2013. See a clip of Lamar’s N.W.A. induction speech and some photos below (h/t Fader), and read the full text of his speech at Rolling Stone. The entire ceremony will air on HBO at 8 p.m. EST on Saturday, April 30.

Compton’s in the House!! #rockandrollhalloffame