Off their forthcoming album by the same name, out May 27 via Strut 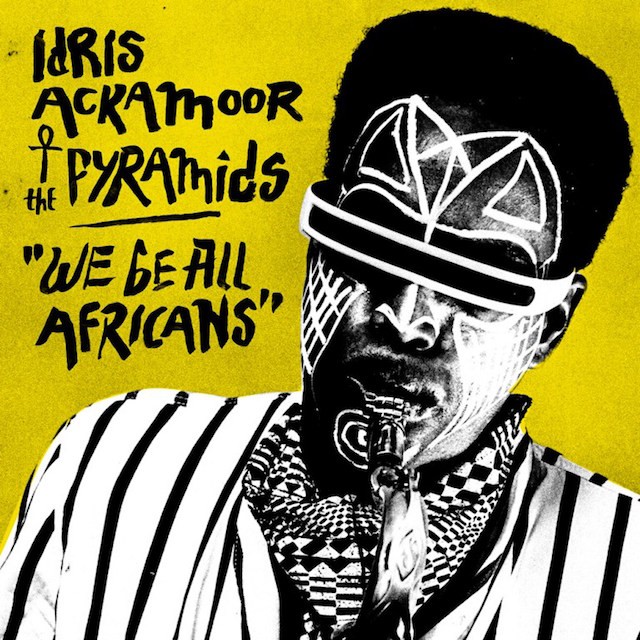 Scholar Larry Neal writes that, along with the Black Power Movement, the Black Arts Movement of the ’60s and ’70s, “proposes a radical reordering of the western cultural aesthetic. It proposes a separate symbolism, mythology, critique, and iconology.” Out of the tail end of this movement came Idris Ackamoor & the Pyramids, formed at Antioch College under the tutelage of none other than free-jazz pioneer Cecil Taylor.

With free jazz, backed by African rhythms and a spiritual philosophy of fundamental equality, the Pyramids not only stayed true to their roots, but also created a “separate symbolism” of a Pan-African unity that everyone can get behind. Their message was nationalistic, yes, but all-inclusive. Having reunited in 2007, 30 years after their initial split, the Pyramids are back by necessity. As Idris Ackamoor says of the group’s newest single, “We Be All Africans”:

[It] is a message of survival. A message of renewal. A message that we are all brothers and sisters. We are all one family, the human family, and we need one another in order to survive on this planet that we all share.

Listen to “We Be All Africans” below, and check out the Pyramids’ forthcoming album of the same name, out May 27 via Strut Records.