Learn How to Cook Octopus With Action Bronson and Seth Meyers

It's "the bagel of the sea" 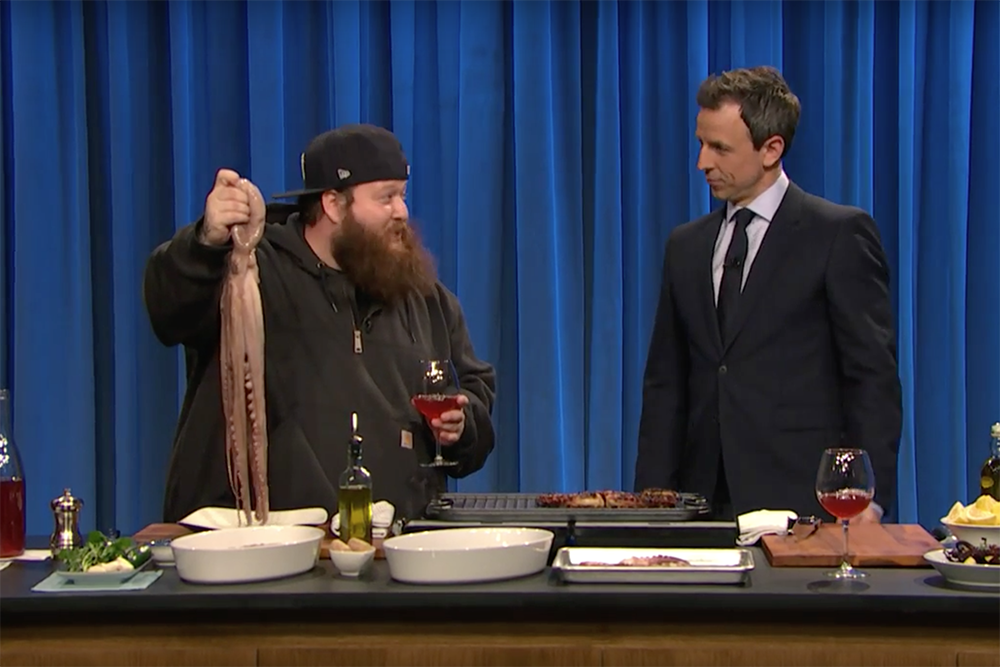 Chef-turned-rapper-turned-chef-again (but also still a rapper) Action Bronson has a new show on Viceland called F**k That’s Delicious where the Mr. Wonderful artist embarks on worldwide culinary adventures. To promote the show, Bronson made a stop in New York City to teach Late Night’s Seth Meyers how to make some great grilled octopus. After drinking a hefty glass of rosé, Bronson got to work preparing their eight-tentacled meal, which he said was “grabbed by a 57-year-old Greek man in Kips Bay.” Watch the bit below, and catch episodes of F**k That’s Delicious here.