Their long-awaited album is coming this summer 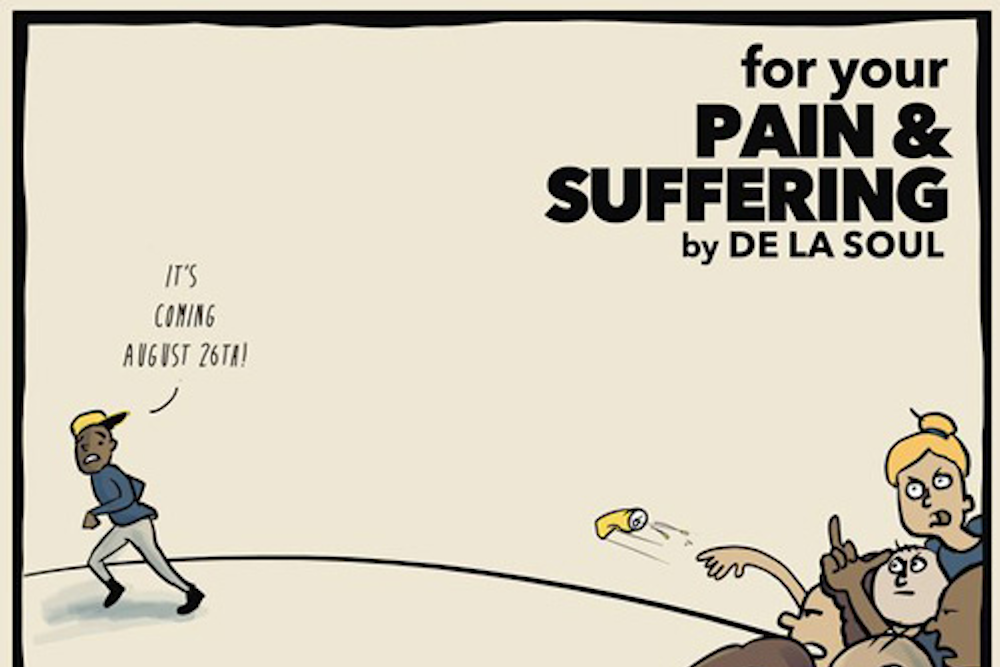 Old school hip-hop fans non-plussed by Drake’s VIEWS hype today got a rare gift of their own for the weekend. De La Soul, who haven’t released an album as a trio since 2004’s The Grind Date, surprised their supporters with the new For Your Pain & Suffering EP.

The four-track project is intended to hold fans over until the release of And The Anonymous Nobody. That album, the trio’s eighth (Dave and Posdnuos collaborated for 2012’s First Serve), is funded by a Kickstarter effort that accrued $600,000 from more than 11,000 backers. The EP’s cover art features an animated Posdnuos caricature running away from an aggravated crowd as he says what could be the album’s release date, August 26.

For Your Pain & Suffering is intended as a gift to fans who funded the upcoming album, but you can hear a stream of the project here.